The nominations are in for stakes events in two cities on Saturday with the Tattersall’s Tiara over 1400 metres the top of the racing events to come, and the last top line race for season in Australia.

Group 1 Robert Sangster Stakes winner Snapdancer steps up from the victory over 1200 metres at Morphettville to 1400 metres and heads the TAB market for the Group 1 Tiara at $4.50.

The Robert Heathcote-trained Startantes, who finished a creditable fifth in the Group 1 Stradbroke sticks to the 1400 metres, has come in for support over the weekend firming from $11 into $9. 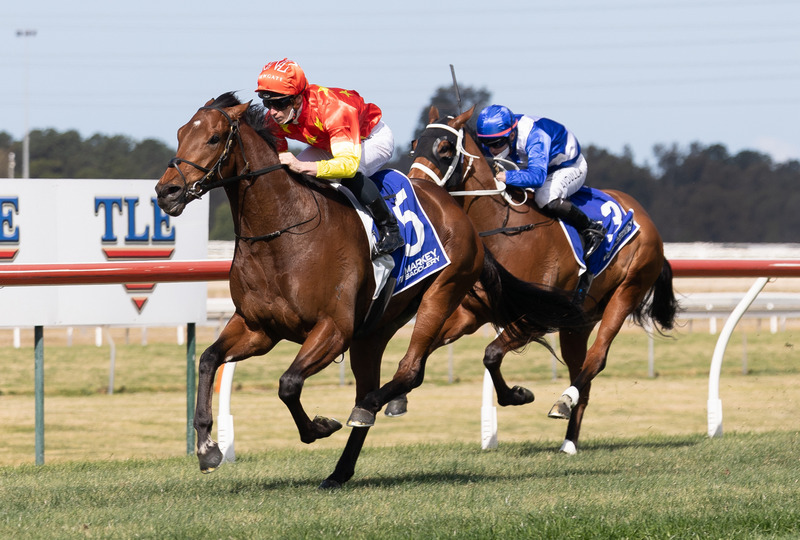 King Of Sparta is the early favourite of the Group 3 WJ Healy Stakes, picture sportpix.com.au

After being a late scratching at Ipswich on Saturday due to the track conditions, co-trainers Will and Richard Freedman have entered Juan Diva in the Group 3 WJ Healy Stakes over 1200 metres. In the same race, Saturday’s popular Ipswich Class 6 event winner The Big Goodbye is also among the entries.

Recent Gold Coast Guineas winner King Of Sparta is the early favourite at $4.20.

Ciaron Maher & David Eustace Eustace have Galleywood Hurdle (3200m) and Australian Hurdle (3900m) winner Saunter Boy in the mix for the staying event on a path to the Grand National Hurdle (4200m) at Sandown in August.

Despite the success over the jumps, Maher was quoted last month as saying that Saunter Boy’s flat form had also improved.

After three placings in as many runs this preparation, the latest a third in the Group 3 Gunsynd Classic (1600m) at Eagle Farm on 11 June, Bjorn Baker’s Battleton is in the Civic Stakes nominations and holds early favouritism at $4.50.