Jockey Billy Egan was surprised that he was able to pick up the leader and record a narrow win on the Patrick Payne-trained D’Aguilar at Caulfield.

No Effort, under Lachie King, made Saturday’s Neds Whatever You Bet On Handicap (2000m) a strongly run affair, pouring on the pressure from the 600m mark. The Gavin Bedggood-trained mare turned for home with a three-length margin on the opposition and was still a comfortable leader inside the final 200m.

But D’Aguilar and Hezashocka (NZ) were not giving up on their tasks of chasing down the leader. In a thrilling finish, D’Aguilar, the $3.80 favourite, scored in the last stride from Hezashocka ($4.60, with No Effort ($6) a half-neck away third.

“I honestly didn’t think I was going to get that close to Lachie,” Egan said. “I thought Patches (Patrick Moloney on Hezashocka) and I would be getting close to him, but I didn’t think we’d be getting past him.

“Then the closer I got I thought ‘I reckon I’ll pick up Lachie, but I don’t know if I’ll get past Patches’. But he picked them both up, he’s just such a tough little horse.”

D’Aguilar has now won six of his nine starts and started his current campaign by winning in similar fashion over 1400m at Caulfield last month. After finishing fifth over 1600m at Flemington last week, Payne was quick to step the gelding up to 2000m on Saturday.

Egan said those two runs had brought D’Aguilar to near his top and he believes a trip further than 2000m will suit. 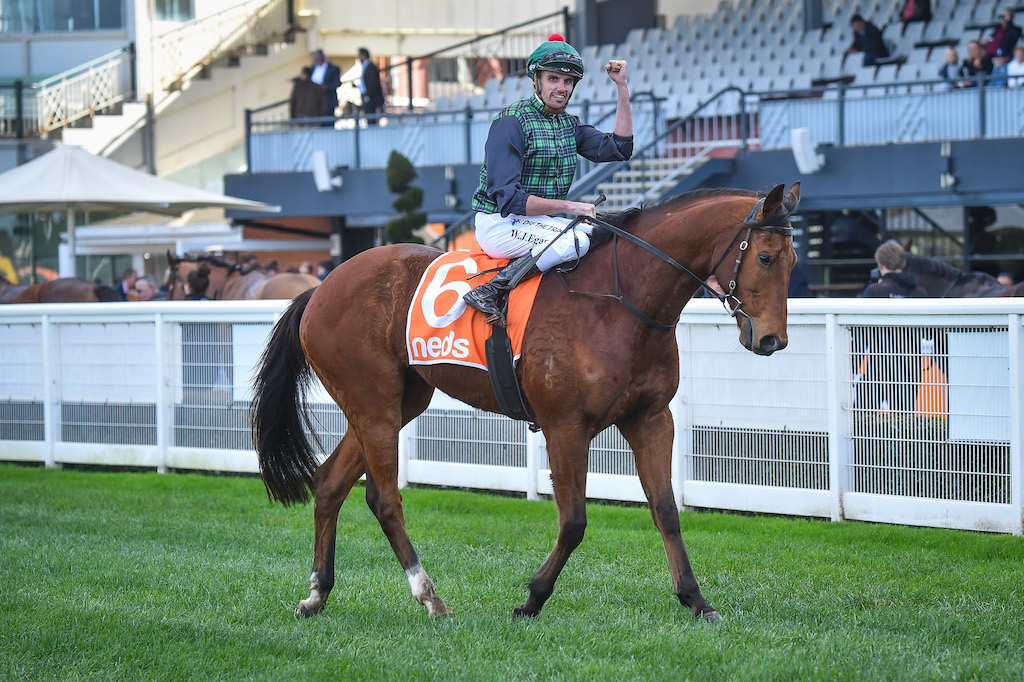