The 25th Korean Derby will be run over nine-furlongs at Seoul Racecourse on Sunday afternoon, with Captain Yankee, who won the KRA Cup Mile in Busan a month ago, bidding to add the second jewel on his quest to sweep the Triple Crown.

In total, eight of the twelve who contested the Cup Mile return for the Derby. They include last year’s Champion Juvenile Complete Value, who was sent off as favourite in the Mile and looked set to win, only to be run down by Captain Yankee’s late burst. He is set to be favourite once more.

Captain Yankee, a 40/1 winner of the Cup Mile, heads up the challenge from Busan. Since 2008, horse trained at the south-coast track have won ten of the fourteen runnings of the Derby.

Wow Wow and Tiz Barows are the most intriguing newcomers on the Triple Crown trail. Both swerved the Cup Mile and enter in form good enough to enable them to take their chance.

The Derby is race eight on an eleven-race card at Seoul on Sunday with a local post time of 16:20.

Here is the runner-by-runner guide:

The lowest rated horse in the gate, Daemul has only raced three times, winning at class 6 over 1300M. Only start since was at 1700M at class 5 level on March 20th, when he led early and was still in contention entering the closing stages only to get passed and ultimately finished 7th. There was merit in that run and improvement is possible, but this is a very tough ask.

Only the winner, Captain Yankee, ran the final furlong of the Cup Mile faster, Byeolui Sungan sat back and ground out the finish but had way too much to do. Previously finished 4th in the Sports Seoul Classic trial and has won up to 1400M at class 5. The distance may well suit and he has a great draw. Jockey won the Triple Crown on Power Blade in 2016 adding to his 2014 Derby on Queen’s Blade.

Yet to finish worse than 2nd and comes in off a good win over 1700M at class 5 level on April 2nd when he tracked the leader throughout before going clear in the home straight and winning by five-lengths in a fair time. The distance should suit, and he draws well to pick a position again, probably handy or midfield. He can be in this a long way and could be a value pick.

A perfect five-from-five as a juvenile, he has finished runner-up in both outings this year, behind Seungbusa in the Sports Seoul Classic trial at 1400M and then to Captain Yankee in the Cup Mile. He had excuses in both. The Sports Seoul was a pipe-opener following three months without a race while he came down with a cold in the aftermath of the Cup Mile and may not have been at 100%. It still looked like he was going to win that race until Captain Yankee’s late burst and from a great draw, expect him to sit handy and then launch his challenge at the top of the straight. The one to beat and the probable favourite. 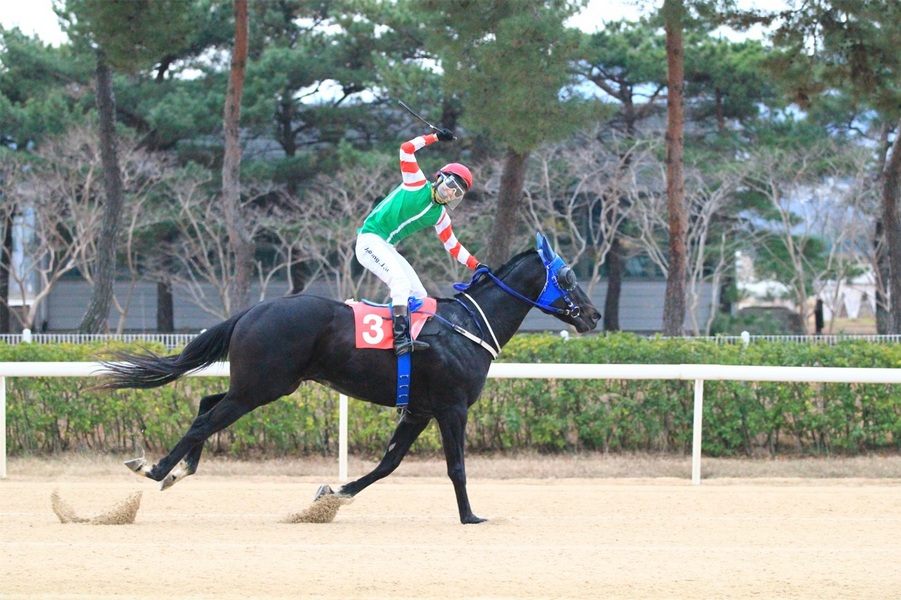 Looked to have a lot of potential when winning back-to-back races in October last year but has come up short whenever he has been tested in good company. A fair 4th in the Gyeongnam Shinmun Classic trial over 1400M was followed up by only beating two in the Cup Mile when he sat midfield and didn’t quicken. The connections mean local punter will be wary – his trainer has won this race five times – but this is a hard ask.

A winner at class 5 level over 1700M, his most recent appearance saw him 4th of ten at today’s distance over 1800M. He led at various times in that race and was less than a length by the winner in what was tight finish, with the three who beat him all older. That bodes well for this test and while others will be favoured, a bold showing is possible.

A striking grey, Bulbangul was a winner of his first two starts last summer before running 4th in the Listed Munhwa Ilbo. He had an injury after that which kept him out until March 20th when he returned at class 5 level over 1700M when he settled well back and ran on for 5th in a fair time. That was an encouraging first-up performance under a light weight, but this is a big step up. Jockey Lim Da-bin gets his first Derby ride.

He ran a big 4th in the Cup Mile, overcoming gate thirteen to sit midfield and then run on. However, he was eight-lengths behind 3rd placed Seungbusa and recorded the slowest final furlong time of any of the first seven home which doesn’t give huge confidence for the 1800M. However, he previously won at a mile at class 5 level and draws much better here.

Won the Listed Sports Seoul Classic trial over 1400M on March 6th, leading gate to wire and then led for much of the Cup Mile from gate ten, holding sway until the 300M but ultimately finishing 3rd, beaten just over three-lengths. He has plenty of natural speed so the barrier is not a problem, and he will be expected to be on pace again. The extended distance is a question mark, however, a softer pace at 1800M will perhaps help his chance. Big show again.

His only win came at class 6 over 1000M, but he finished up his juvenile campaign with runner-up finishes to Aspen Taeyang in the Nonghyup Chairman’s Trophy and to Complete Value in the Breeders’ Cup. His campaign this year hasn’t been as impressive with a 3rd place over 1700m at class 4 level followed by 5th in the Sports Seoul Classic trial and then 9th in the Cup Mile. Distance should be fine, and he has the nation’s top jockey on board, but others favoured.

Catches the eye by virtue of being the most experienced horse in the race and also the only one to have won over the Derby distance of 1800M already. That came two starts back at Busan at class 4 level when he settled just behind the leaders, steadily improving, and then running on for a five-length win. That led to him being 2nd-favourite in the Cup Mile but settling back, was never a factor and finished 7th. Plenty will give him another chance here. Jockey Perovic won the race in 2020 while the trainer saddled the 2015 winner.

His solitary win came at class 6 level over 1200M, but he has made it up to class 4 and most recently ran 4th of eleven over the Derby distance on April 17th when he was the slowest away but made good ground late on. Will need to improve considerably on that with a minor money finish perhaps the most realistic target.

Closed brilliantly to pass Seungbusa and Complete Value to win the Cup Mile by two-lengths at odds of 40/1, having sat in the rear of midfield before starting to improve and then rattling home. The performance didn’t come out of nowhere, as he was a good 2nd in the Gyeongnam Shinmun Classic trial to Man Of The Year over 1400M in March, when he raced on pace. There is no reason why the 1800M can’t suit as he aims to become the first horse since Power Blade to win the first two legs of the Triple Crown. 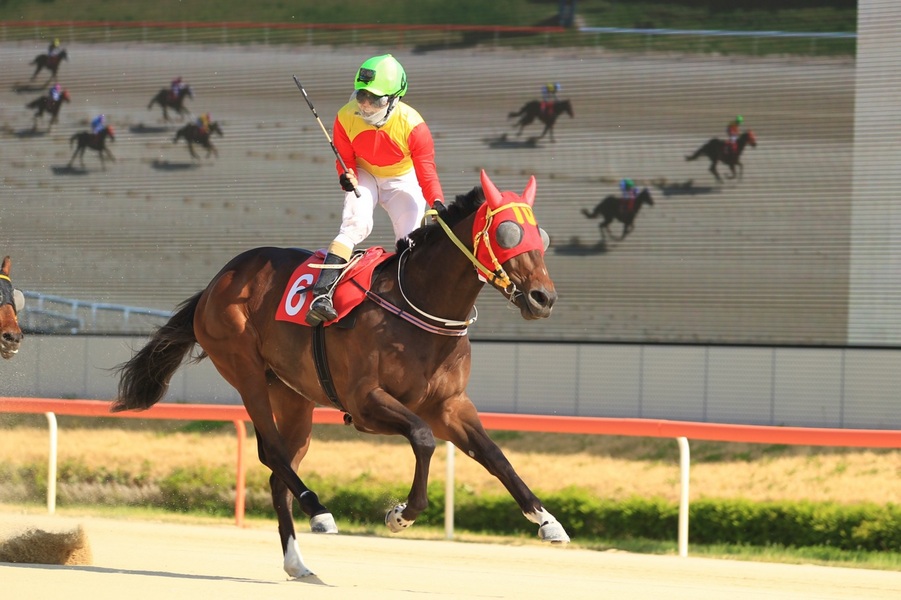 A winner over 1700M at class 5 level in January when settling handy then dropping back to midfield before running on well to score by half a length.  Unplaced in two subsequent starts at class 4 level but was 4th of ten last time out, again at 1700M when on pace and wide all the way. No problem with the distance but others faster.

Runner-up on his only try around two-turns over 1700M at class 4 level on March 20th when wide all the way and leading in the home straight. He was an easy winner on April 24th at 1400M at class 4 level, when on pace throughout. Has the ability but the draw is a big concern.

*Most recent 6 starts regardless of distance