The Singapore Gold Cup was the ultimate yardstick trainer Desmond Koh was chasing for Luck Of Master last season, but after the up-and-coming stayer failed to make the cut, he had to go back to the drawing board.

The Singaporean handler even went the extra mile of paying a late nomination fee to get him into the glamour handicap race, but in the end, it was just to see his name printed as second emergency.

A $70,000 Kranji Stakes C Polytrack race over the mile this Saturday is hardly the kind of target Koh would have planned for the Mastercraftsman six-year-old if he had cut the mustard in the 2000m showpiece in November, but for still not having the answer (how Luck Of Master stacks up against Kranji’s staying elite) as yet, that is the more modest stage from where he has to start all over again. 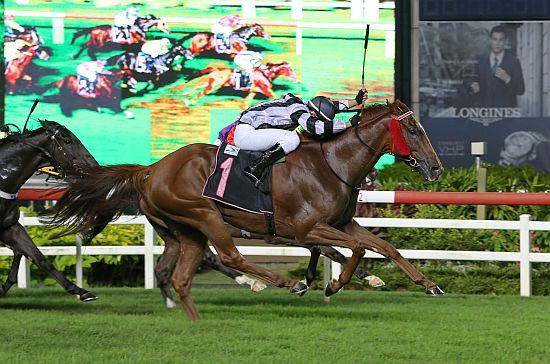 The four-time winner from 1400m to 1800m is actually having another shot at the Polytrack mile following his unplaced effort in the Group 3 Colonial Chief Stakes on December 19 when a five-length seventh to Super Dynasty.

To Koh, the 1600m on the all-weather is well short of the Hong Kong-owned chestnut’s best, but with no staying races, preferably on turf, coming up soon, it’s a better option than staying in his box.

“He’s a pure 2000m horse and we wanted him to get a start to see where he fits against that Gold Cup benchmark,” he said.

“We wanted to see if he could mix it with the best stayers Kranji has to offer but unfortunately, he didn’t get in and we fell back on the Colonial Chief Stakes instead.

“His run (in the Colonial Chief) was not so bad. He didn’t disappoint, but because there was nothing else for him, I’m giving him another run over the same course and distance in that Kranji Stakes C race on Saturday.

“He races more often on turf and I would think he’s more of a turf horse, but he’s won once over the Polytrack mile.”

That win in a Class 4 event came a little over a year ago on January 4, 2020, when Luck Of Master let down with a pulsating turn of foot for Benny Woodworth to score going away.

Interestingly, that was the only time that old firm were reunited for a win that year, with Koh hoping to renew the same “Luck” this Saturday after he again picked Woodworth for the ride on Luck Of Master.

In the old days, Koh forged a formidable alliance with the Malaysian hoop for many years (Phenom’s win in the 2008 Group 1 Patron’s Bowl being their greatest result together), especially at Koh’s earlier Kranji days when he had just returned from the US.

Even in latter years, Woodworth enjoyed the same “Luck” with another prolific horse racing in the same black and white Michael Lam silks, Mr Luck, having steered the US-bred to three of his seven wins.

With Woodworth having found a second lease of life with the strong support from the bigger yards of Mark Walker and Daniel Meagher of late, the two men had somehow drifted apart as far as racing combinations go, but outside racing, they have stayed good mates right through.

“Benny and I go back a long way. If I get the opportunity and he’s free, I will always support him,” said Koh.

“Benny has won on Luck Of Master and he knows the horse. I don’t have to tell him how to ride the horse.

“From barrier one, he won’t be as far back, but it doesn’t really matter where he draws, he will run on strongly.

“I just wished it was a longer trip. Currently, it’s hard to plan races and I just hope we can plan for something longer for him at some stage.”