King of Sparta ($4.00 fav) conquered the Southport racetrack on Saturday with a stunning win in the $2 million Gold Coast Magic Millions 3YO Guineas (1400m).

Under the urgings of jockey Nash Rawiller, the gelding exploded down the middle of the track to claim the lead inside the final 200m of the race, defeating fast-finisher Me Me Lagarde ($7.50) by two lengths, with a significant margin to Ciaron Maher & David Eustace’s filly Socialist ($26.00) in third. 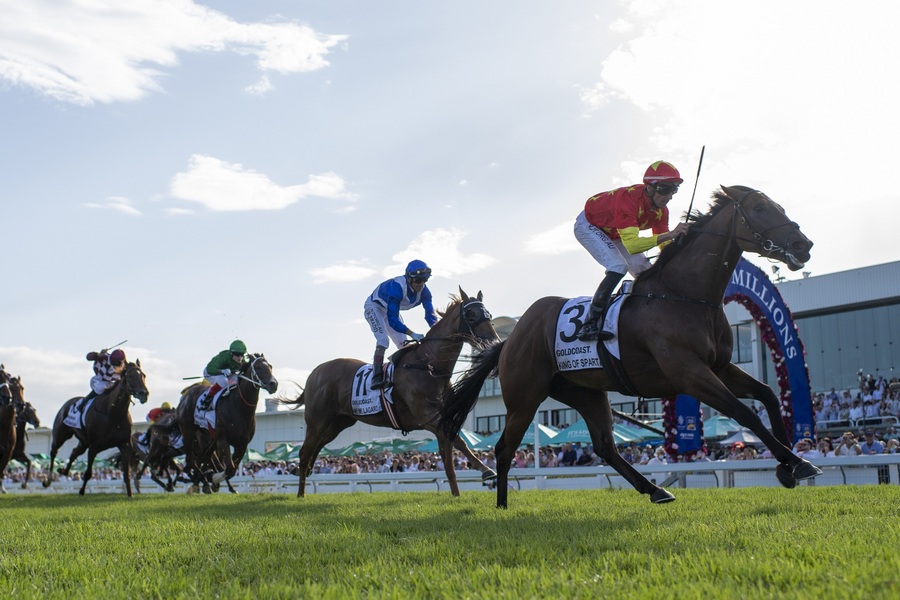 The Snowden stable won the Magic Millions Guineas in 2021 with Aim for similar connections and Paul Snowden said King of Sparta had the potential to develop into a Group 1 contender.

“He’s a horse that’s always had immense talent but he always seems to do something wrong in his races and ends up being his own worst enemy,” Snowden said.

“But today with Nash — it’s the first time he’s sat on the horse believe it or not — I was filling him up with plenty of instructions before the race and thankfully there was always going to be good tempo, and he got into a lovely trailing spot midfield where we wanted to be. He was much too good.

A $700,000 yearling sale purchase by China Horse Club, Newgate Farm and Starlight Racing at the 2020 Gold Coast Yearling Sale, King of Sparta has now won three races and more than $1.3 million in prizemoney.