Red Can Man jumps from barrier one and Shaun Mcgruddy believes that is a pivotal factor in turning the tables on Elite Street after a brave performance in the Northam Stakes (1100m).

Red Can Man loomed a top winning hope in the Northam Stakes when he burst clear at the top of the straight, but he couldn’t withstand Elite Street’s big finish.

From the stables of Steve Wolfe and first-up this campaign, Red Can Man finished a half-head second to Elite Street after doing the chasing off the fast-paced leader, Mervyn.

McGruddy is optimistic he can celebrate his second Roma Cup success, 17 years after winning his first on the Fred Kersley-trained, Is Amazing in 2006.

“Barrier one will help us immensely,” McGruddy said on Tabradio. “He’s a go forward horse and if you draw wide you have to do a ton of work to get across.

“I think he drew barrier one when he won the Bolton Sprint two years ago, so he looks to get the run of the race and hopefully he can turn the tables on Elite Street.” 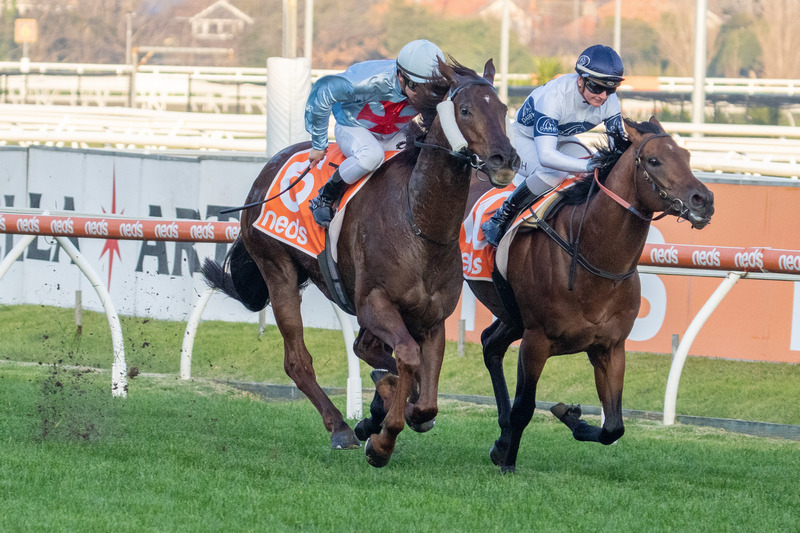 Red Can Man campaigned in Melbourne last spring and the trip east wasn’t wasted for connections when he won the G3 Monash Stakes (1100m) at Caulfield. Under David Brideoake’s tenure the Gingerbread Man gelding had additional returns with two third placings including the G2 Lawrence Stakes (1400m).

McGruddy says second-up after a tough interstate campaign and Ascot carnival and clear of any injury worries, Red Can Man is at his best for the Roma Cup.

“I went down to Albany Monday evening and worked him Tuesday morning,” McGruddy said. “His work was really good and the main thing is he felt good.

“He’s had a bit of feet troubles in the past I believe and Wolfey has got him as good as he can have him. He will obviously improve on fitness, but so will Elite Street.”

Elite Street was unveiled favourite when Tabtouch opened their market. He is currently $2.45 with Red Can Man sitting on the second line of betting at $6.

Aside from Elite Street, McGruddy says likely frontrunner Indian Pacific is also a danger in the Roma Cup, particularly if the track is rain affected.

“I actually think the one to beat, or the big improver is Indian Pacific,” McGruddy said. “Everyone is saying how the soft track will bring him into the race.

“If he can give a good kick and take me into the straight further than the Northam Stakes, hopefully Elite Street is getting held up for a stride or two.”