Renowned as a savvy judge of jockeys, John O'Shea will put his faith in two female riders this weekend, one an established star and another a promising talent.

The man responsible for enticing James Mcdonald and Tom Marquand to Sydney, O'Shea will link with Melbourne premiership pacesetter Jamie Kah for the first time when she partners his filly All Hallows' Eve in the $160,000, Group 3 Mostyn Copper J H B Carr Stakes (1400m) at Randwick.

O'Shea was rapt to secure her services and as a renowned student of jockeys, he said she had all the attributes for continued success.

"To me, jockeys are like cricket players. I like them to have very good technique," O'Shea said.

"Technically, she is very good. I like the way she is balanced on them and she positions them very well."

Sacred Falls filly All Hallows' Eve is a full sister to O'Shea's stakes winner All Saints' Eve, who has won up to 1600m.

She flashed home late when a last-start sixth to Matchmaker over 1200m and O'Shea expects her to appreciate the extra distance.

"She's a full sister to All Saints' Eve so we weren't ever concerned 1400 would be an issue. We're really looking forward to running her and seeing how she does," he said.

While Kah's talent has been firmly established, O'Shea has identified another young rider who he believes has potential and he has backed his judgement by booking her to partner Intrepidacious $125,000, LU Simon Builders Bm 78 Handicap (1100m) at Caulfield on Saturday.

O'Shea said he had been watching apprentice Laura Lafferty ride on the Victorian provincial circuit and was happy to give her an opportunity in town.

"I watched her ride a couple of provincial winners the other day and technically, she was very sound," O'Shea said.

"She might not be there just yet, but she's got lovely balance on a horse and she can execute very well while on their back." 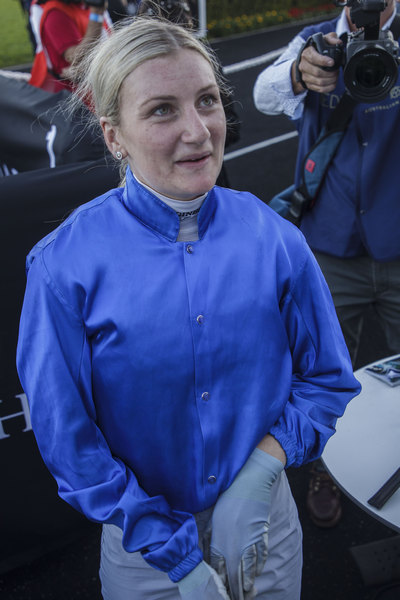