Kalino and Schofield with ease at Randwick

Kalino had nearly a year off with injury issues, however, as stable foreman Charlie Duckworth commented the gelding is ‘as sound as a bell’ now and Saturday’s assignment was proof of that.

Schofield settled Kalino (55.5kg) in fifth as Journalism (55.5kg) and Tim Clark led the field down the back and across the top with Caesars Palace (59.5kg) and Sam Clipperton in close attendance. Clark upped the pace as they turned for the run home, but Schofield had the moved covered with Kalino three wide and in clear running room.

By the 200m Kalino was in command and such was the quickly established margin Schofield eased off approaching the line, yet they still has 1 1/4L on the rest.

Tympanist (Belardo) (54.5kg) and Tom Sherry came into second with Journalism (I Am Invincible) and Clark keeping third, the margin a half-neck.

“He could be fierce early in his prep, but Chad handled him well,” said Duckworth, back in Sydney this week after the stable’s Nature Strip victory at Royal Ascot last week.

“The owners have been very patient and he can now carry on with it. Today panned out well with the first run he was too fierce and the second too short. He was at his optimum trip.” 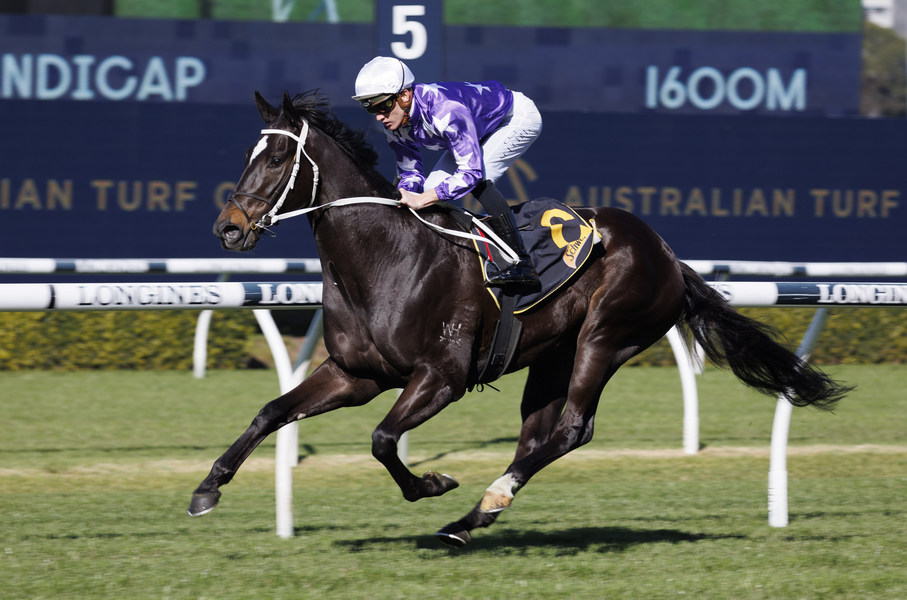