Group 1 Victoria Derby (2500m) winner Johnny Get Angry (NZ) has been sent to the paddock and will miss racing over the autumn.

Owner-Trainer Denis Pagan said on Wednesday the three-year-old pulled up a little scratchy after his work on Tuesday and while not lame, Pagan said he wanted to err on the side of caution with the son of Tavistock.

“He owes me absolutely nothing this horse and I just don’t want to take any sort of risk with him,” Pagan told racing.com.

“I had every intention of running him this autumn as he went out for a spell and put on 35 kilograms and I thought he’d be right to go again.

“He’d been in work about six weeks but he’s such a young horse and I’m hoping we can have him racing at four and five, so I am going to look after him.

“I want to give him every chance to get to the best he can be. He’s fully qualified for the Cups next spring and we’ll just let him rest and focus on that.”

Johnny Get Angry provided one of the stories of the Victoria Spring carnival when he won the Derby under apprentice rider Lachie King just six months after AFL great Pagan gained his license to train.

Johnny Get Angry was sourced as a yearling at Karaka, with Pagan’s good friend Troy Corstens securing the son of Tavistock for $50,000 from the draft of Bradbury Park. 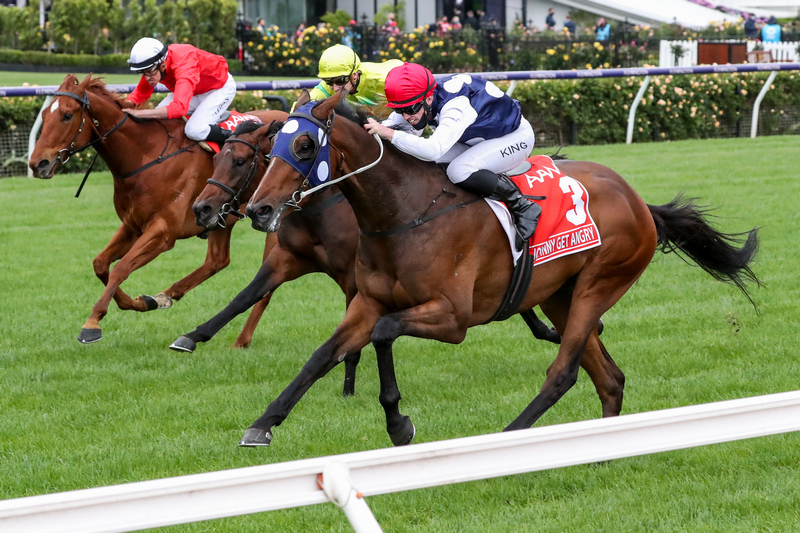