Triumphant after a Sha Tin quartet on Sunday, Joao Moreira will deliberate overnight before deciding which of the several leading contenders he will ride in the HK$12 million Hong Kong Classic Mile (1600m) on Sunday, 30 January.

Boosting his lead in the jockeys’ championship over arch-rival Zac Purton to 10 – 62-52 – Moreira has the choice of a talented handful of Hong Kong Classic Mile aspirants, including this afternoon’s winners Romantic Warrior and Sight Spirit as well as Master Delight.

Moreira was non-commital on which way he was leaning towards for the first leg of the Four-Year-Old Classic Series, but he was clearly taken with the victories of both Danny Shum’s Romantic Warrior, who is unbeaten in four starts, and John Size’s Sight Spirit.

“It’s a very nice position to be in. I will by tomorrow make the decision because I don’t think the connections will like to be kept waiting. Today’s meeting is going to give us a very good guide to the possible winner of the Hong Kong Classic Mile – I know the Hong Kong Derby is different, but the first leg the winner might be on today’s meeting,” the Brazilian said after clinching his four-timer aboard Hong Kong International Sale graduate Romantic Warrior in the Class 3 Hoi Lai Handicap (1400m).

“Romantic Warrior showed me that he has so much quality and ability that I was confident going into the race today, but now we have to think about what is next because of what has to be called an impressive win.”

The Magic Man was equally taken with Sight Spirit, runaway winner of the Class 3 Lai Kok Handicap (1600m) who will proceed to the Hong Kong Classic Mile.

“I was asked before the race if this horse should be considered for the Classic Series and I kind of indicated that because the more ground he steps to, he was going to appreciate it even more and he showed that (with the win),” Moreira said.

“He did win with a lot of authority – a very easy win – and he feels that if he steps up to even more ground, he will appreciate that even more. So, it’s very nice to be riding these kinds of horses.” 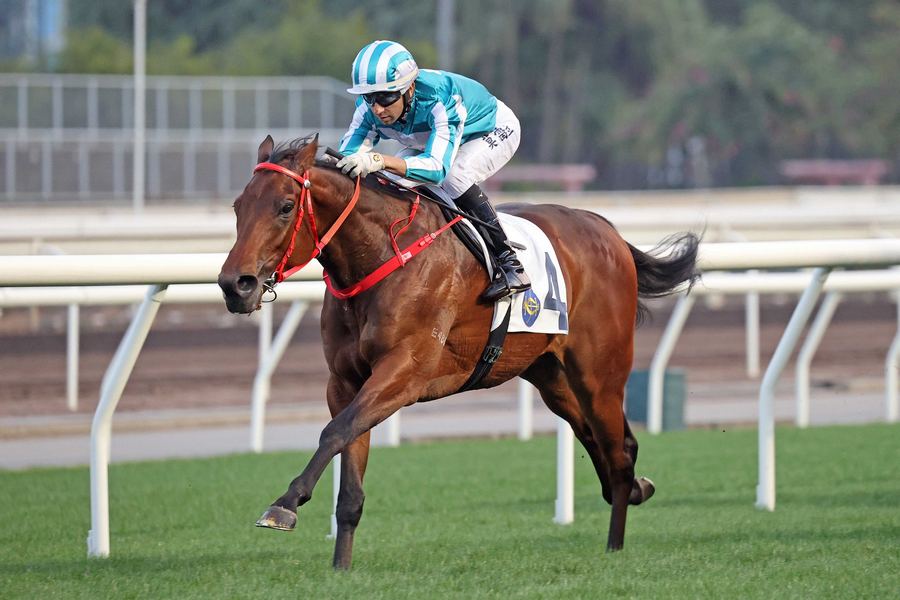