Japanese participation in this year's Victorian Spring Carnival remains in significant doubt with no airlines that can freight horses willing to carry grooms.

It leaves plenty of work for horse transport company IRT to do, with racing also sweating on COVID-19 restrictions easing or getting an exemption to allow international trainers and handlers into the country.

Japanese shuttle stallions that were due to head to Australia have already been confirmed as not coming, but IRT was hopeful a fluid COVID-19 situation might change and allow Japanese horses to attend the Spring Carnival.

Japanese star Chrono Genesis, who has earned automatic Cox Plate entry after winning the Takarazuka Kinen, is $11 second favourite or the weight-for-age Group 1.

A decision has not been made whether the four-year-old mare will come to Australia, but the current transport situation will make that more difficult.

IRT director Chris Burke said airlines capable of carrying horses out of Japan were not willing to let grooms on their planes.

"The critical factor for us to move horses around the world at the moment is the humans," Burke said.

"So, the horses already do quarantine at both ends so they can travel around the world. But the airlines have the weigh up the risk of having staff on board their cargo aircraft.

"Cargo aircraft are playing a critical role moving goods around the world because of the lack of passenger flights, which have a lot of cargo in the belly. So individual airlines are making decisions on whether they wish to have horse handlers accompanying that freight aircraft.

"Out of Japan, the decision currently is that it's too high risk for them. Whether that changes between now and when the Spring Carnival is on is something that's impossible for me to predict."

IRT has Japan-based handlers that can fly with horses internationally.

Burke said IRT was currently flying out of Europe and America with shuttle stallions set to touch down in Australia this month.

He said the airlines there and IRT had procedures in place to make sure the staff flying with the horses were 'fit and healthy and willing to take the horses'.

Burke added that there aren't many airlines around the world that can carry horses.

"In terms of aircraft that service Australia, maybe four to five airlines. And straight away a couple of them could get knocked out because of them not wanting to take grooms … it really does limit our options," he said. 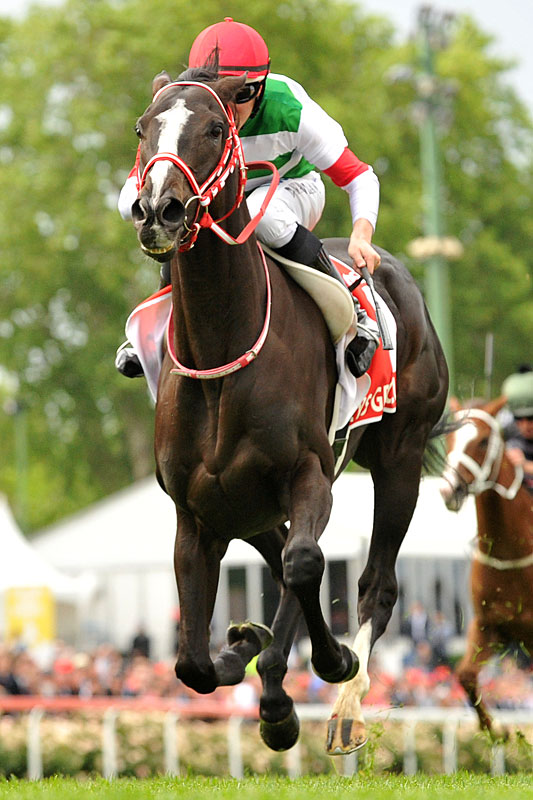