There was mixed news for ITV Racing on Tuesday as on the same day it announced that every race at Royal Ascot next week will be shown live on its channels, the broadcaster also reported seemingly disappointing viewing figures for its coverage of last weekend's Derby meeting at Epsom.

There will be a daily five-hour show from Royal Ascot on ITV or ITV4, but the channel will be hoping for an upturn in viewing figures after revealing that the Friday and Saturday at Epsom were down on previous years when the fixture was held over two days.

The Derby and Oaks achieved a peak of 2.288m and 1.536m respectively in 2020 as well as average figures of 1.202m. Both races took place on the same day due to the coronavirus pandemic.

ITV will show all 35 races at Royal Ascot next week on the main channel or ITV4, with racing switching between the pair to accommodate broadcasting of the delayed Euro 2020 football tournament.

The Opening Show will also be broadcast between 9-10am from Tuesday until Friday, before switching to a 9.30-10.30am slot on the Saturday.

Usual hosts Ed Chamberlin and Francesca Cumani will lead the coverage, and Chamberlin said: "With some of the crowds back, the atmosphere will return to Royal Ascot and we will ensure viewers at home won't miss a thing with every race covered in a five-hour show every day."

ITV's live coverage will be simulcast on the ITV Hub for web and app, and on the ITV Racing website. 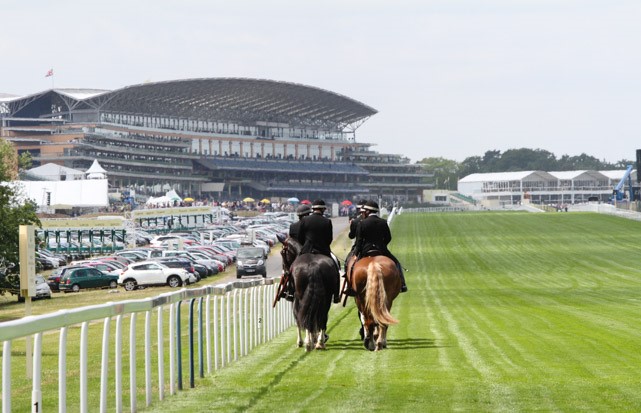 Limited crowds will be at the Royal Ascot meeting next week, picture Liesl King