Inverell to take step towards Derby

Trainer Clayton Douglas sees debut maiden winner Inverell (NZ) as a potential Victoria Derby contender and hopes to learn a bit more about the gelding at Flemington Wednesday. A winner at Sale last month, the Classic prospect runs in the Victoria Derby Preview (1800m) with Douglas believing the son of Shocking will only get better when he steps out further in journey.

“As soon as he came into the stable, he was a horse that showed he had a big engine with a beautiful big action,” Douglas said. “I think the further the trips get, the better he’s going to be and it’s exciting times going forward.” 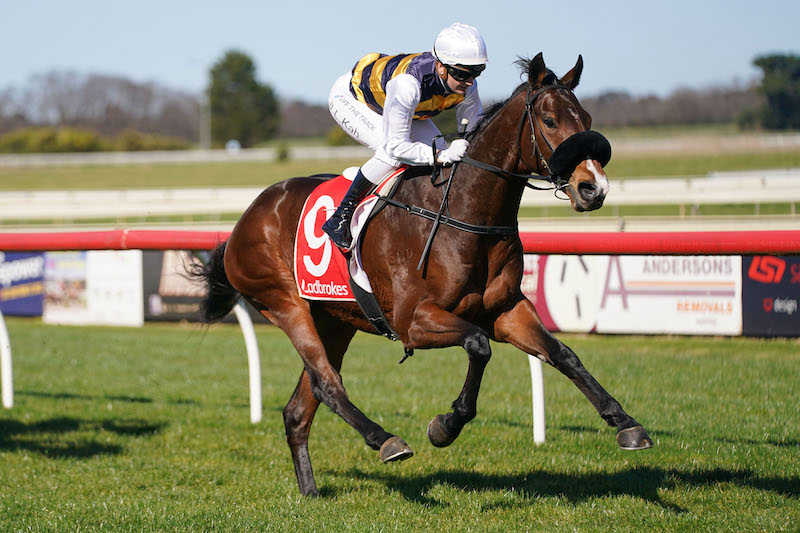 Since his debut win at Sale when ridden by Jamie Kah, Douglas took Inverell to Cranbourne for a barrier trial on September 13 in which the three-year-old scored over 1550m under Luke Currie. Currie takes the ride again on Wednesday and Douglas would like to see a nice, rolling tempo in the race.

Wednesday’s race will tell Douglas how far the gelding may progress into the spring and whether or not he will be a Victoria Derby (2500m) contender on October 30.

“You want to conserve them a bit and not give them those hard, grinding runs too early in their preparation,” Douglas said. “But this horse, he eats everything, has a great constitution, he’s tough and is the sort of horse that can have a few runs.

“Hopefully tomorrow will tell us where we are heading. There’s the option to go to Sydney for the Spring Champion Stakes or stay down here for the Super Impose. I wouldn’t be looking at these races normally, so we’ll see how we go tomorrow as he needs to prove himself first.”

Douglas closed: “He is only a maiden winner but the way he’s going about it, he’s a nice enough horse.”