International spring raiders have had outstanding success in the Geelong Cup and they again have strong representation in the Group 3 race on Wednesday.

In Wednesday’s 2400m Cup, carrying $400,000 in prize money, there will be four internationals lining up in the field of 10 following the scratching of Shared Ambition.

Two of those internationals, Le Don De Vie and Skyward will be lining up for local stables, the Anthony and Sam Freedman yard and the Trent Busuttin and Natalie Young team respectively.

After completing his 14-day quarantine stay at Werribee last week, Skyward has been based at Busuttin and Young’s Cranbourne stables since.

“We picked him up from Werribee on Friday morning and brought him back to Cranbourne,” Busuttin said.

“He did a bit of work on Friday and Saturday and had a gallop on the grass on Sunday morning to top him off.

“He’s settled in to his new surroundings and hasn’t batted an eye-lid.”

Busuttin said the routine has not changed since and the object was to keep Skyward in a happy frame of mind.

“The Cranbourne Turf Club have let us have the grass for him every day so we canter him around on that,” Busuttin said.

“There’s not really a lot to talk about with him. He eats, he works, he sleeps.

“He’s a very nice horse and he brings some good form credentials out with him, but it is a very strong Geelong Cup.

“If we think we’re a chance in the Melbourne Cup, then we’ve either got to be winning or being very unlucky in the Geelong Cup.”

Busuttin said Skyward was a laid-back horse and should prove an easy ride for in-form jockey Willie Pike.

“He's just a very straight forward horse, an easy horse to ride and very laid-back for a stallion,” Busuttin said.

The internationals hold the three top spots in the betting with Ashrun, prepared by Melbourne Cup winning trainer Andreas Wohler, TAB’s $4 favourite ahead of Skyward at $4.60 with Le Don De Vie next pick at $5.

The second of the Freedman runners, Steel Prince is the best of the local hopes, sitting on the fourth line at $6.50. 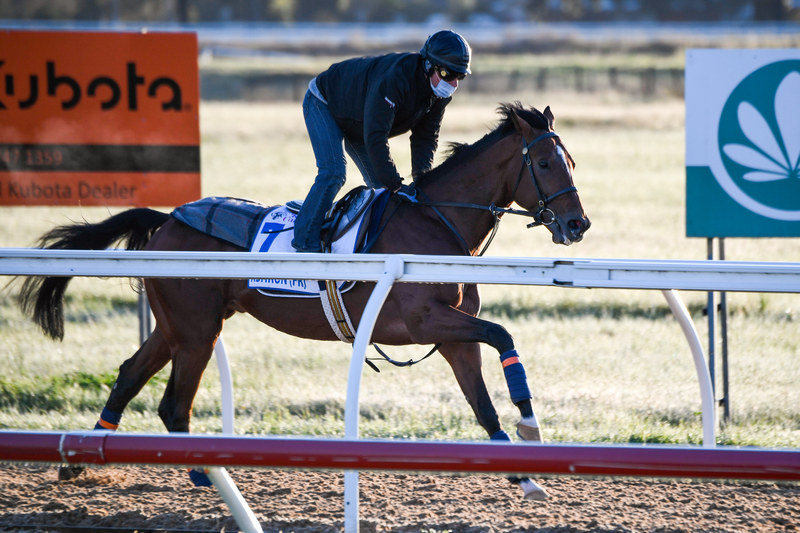