In Secret announces herself at stakes level

Godolphin’s well-bred two-year-old filly In Secret under Hugh Bowman announced herself to one and all with her second win in succession when taking the $140,000, Listed Vinery Woodlands Stakes (1100m) at Scone on Saturday.

The filly was a $900,000 yearling purchase by Godolphin and she won well by 1 1/4L on debut over 1100m at Hawkesbury on April 13th and on Saturday she not only stamped that performance, but took home the invaluable black type for the racing and breeding operation.

Penthouse (55.5kg) and Rachel King went straight to the lead from barrier 13 and led the field through to the turn and into the main straight. Racing four off the rails King took a 2L lead at the 300m over the rest of the fillies as she tried to take a winning break.

However, following Penthouse all the way had been Golden Queen (55.5kg) and Josh Parr and the Waterhouse and Bott trained filly challenged strongly before Bowman presented In Secret (56.5kg) in the middle of the track and the race was over with the I Am Invincible filly going away for a smart 1 1/2L winning margin.

Golden Queen (Gold Standard) was clear of Penthouse (Capitalist) with the margin 1/2L and Acappella Sun fourth, some 3L away.

Bowman said he knew he was on the best horse in the race and rode her accordingly.

"She has got a bit of a class edge on this lot, and she is certainly up to better things."

Beadman was unsure if In Secret would press on to loftier targets during the winter carnival in Brisbane, or whether head trainer James Cummings would put her away for a spring campaign.

But he said either way, her future was bright.

"I will leave that up to James and the team what they want to do with her, but she has really ticked every box this preparation," Beadman said.

"She is going to be a lovely filly for the spring and full congratulations to the purchasing team. They put their head on the block and forked out a bit of money for her and it's paying dividends."

In Secret is out of the duel Group 3 winning Choisir mare Eloping and the win was a good addition to the family pedigree. The two wins have earned stakes of 126,725. 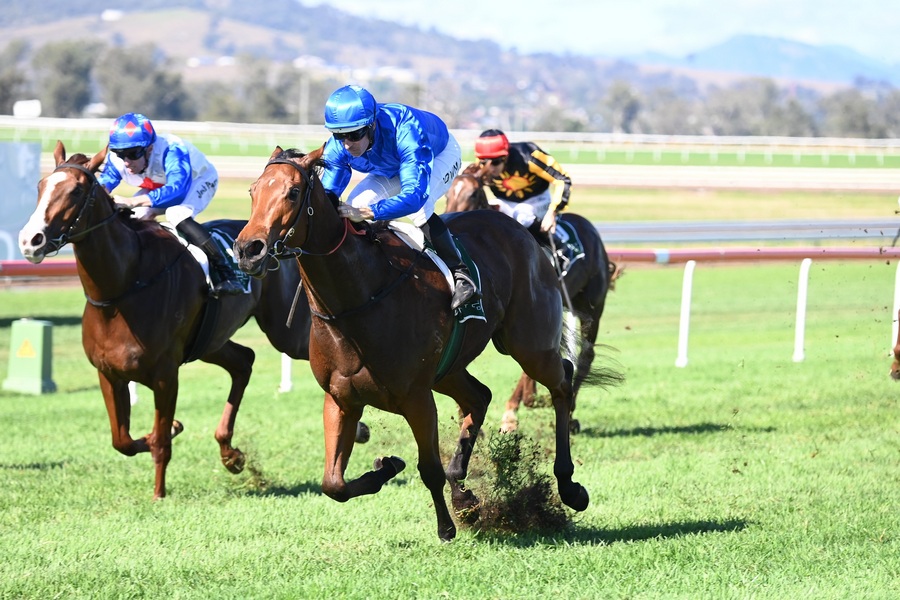 In Secret and Hugh Bowman in command, picture Stevehart.com.au