It is not often that Jamie Kah and her manager Lachie Weekley have got things wrong in Melbourne during the 2020-21 season. But the Robbie Griffiths and Mathew de Kock stable will be hoping they have pulled the wrong rein by ditching Token Spirit in the $135,000, Ciaron Maher Racing Premiership (2412m) at Caulfield on Saturday.

Not that Griffiths is complaining with the booking of replacement rider, 3kg claiming apprentice Alana Kelly, who has been riding in excellent form in recent weeks.

Kah was offered the ride on Token Spirit on Saturday having ridden the three-year-old in his past two victories at Sandown and Flemington. But she has elected to ride the Ciaron Maher & David Eustace-trained Murrumbidgee River, a three-year-old she partnered to third at Sandown at his last start on July 7.

“We’re lucky that we’ve got some really good young talent in Victoria and Alana is riding very well,” Griffiths said.

“Jamie Kah’s ride looks quite promising and no doubt that will be the one to beat, but winning form is good form and hopefully he can keep it going.

“We gave Jamie first option, as you don’t want to break a winning partnership, but she has stuck with Ciaron Maher’s horse which is understandable.

“But it is a bonus to have a claim because he is up in the weights.”

Griffiths said Token Spirit was in good order following his Sandown and Flemington wins and had a solid hit-out for Saturday’s race at Cranbourne on Monday. And he is hoping the forecasted rain stays away.

“It’s a slight concern with him. We were very concerned before Sandown but he got through it OK.” 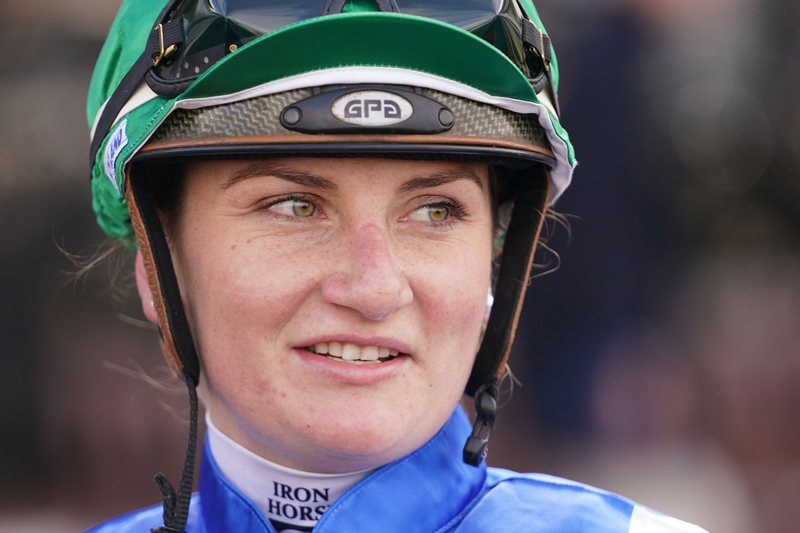