Craig Williams is no stranger to Cox Plate success and is banking on veteran galloper Humidor (NZ) to give him a third win in Australasia’s weight-for-age championship at The Valley.

Williams and “oldies” get on well in the Cox Plate with the jockey winning the first of his two Cox Plates aboard the then nine-year-old Fields Of Omagh in 2006.

The jockey claimed his second title aboard Pinker Pinker in 2011.

Williams’ ride in Saturday’s $5 million Group 1 race reminds him of Fields Of Omagh, who was also successful in two Cox Plate having won under Steven King three years earlier. 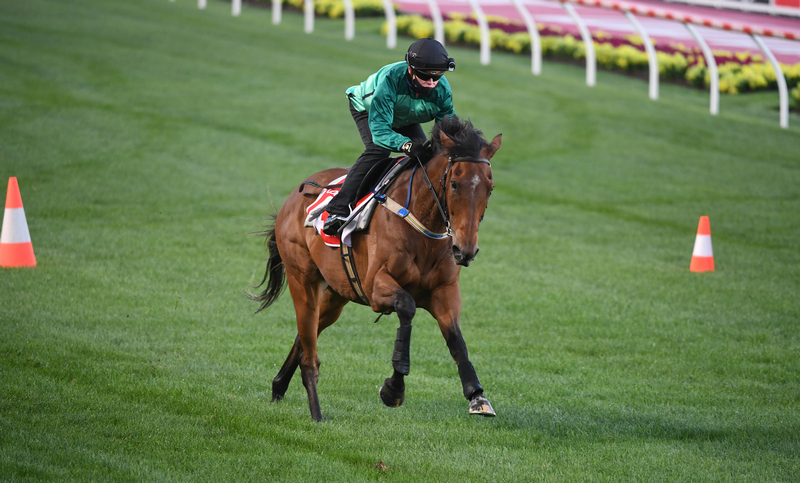 Humidor and Craig Williams at The Valley, picture Racing Photos

Humidor is no Cox Plate slouch either.

He ran the champion Winx to a long neck in the third of her Cox Plate victories in 2017, the closest any horse got to the mare in her four-on-end wins.

Humidor then buttered up again the following year finishing third behind Winx and Benbatl.

Williams has been aboard Humidor at his past two starts, splitting Cox Plate rivals Russian Camelot and Arcadia Queen in the Group 1 Underwood Stakes (1800m) at Caulfield on September 26 before running third to that pair in the Group 1 Caulfield Stakes (2000m) on October 26.

Russian Camelot is favourite for Saturday’s race at $4.50 ahead of Arcadia Queen and Irish raider Armory, both at $5.50.
Humidor is currently a $21 chance.

After partnering Humidor in work at The Valley on Tuesday morning, Williams declared Humidor was ready for Saturday’s race.

Listen to Williams discuss his thoughts on Humidor below.