The Group 1 Queen’s Silver Jubilee Cup (1400m) is also the most endowed seven-furlong contest in the world on turf at HK$12 million.

In addition, there will be generous increases across the whole prize money structure, with prize money for Group 2 races and Group 3 races boosted by HK$250,000 and HK$200,000 respectively. Races in Classes 1 to 5 will also see prize money increased by between 4% and 9%, demonstrating the Club’s commitment to fostering talent and incentivising strong owner investment at all levels.

The upward adjustments, announced today, Friday 16 July, re-establishes the LONGINES Hong Kong Cup (up HK$2 million to HK$30 million) as the most lucrative Group 1 2000m event on turf in the world and consolidates its position as a principal target for the world’s best middle-distance horses. 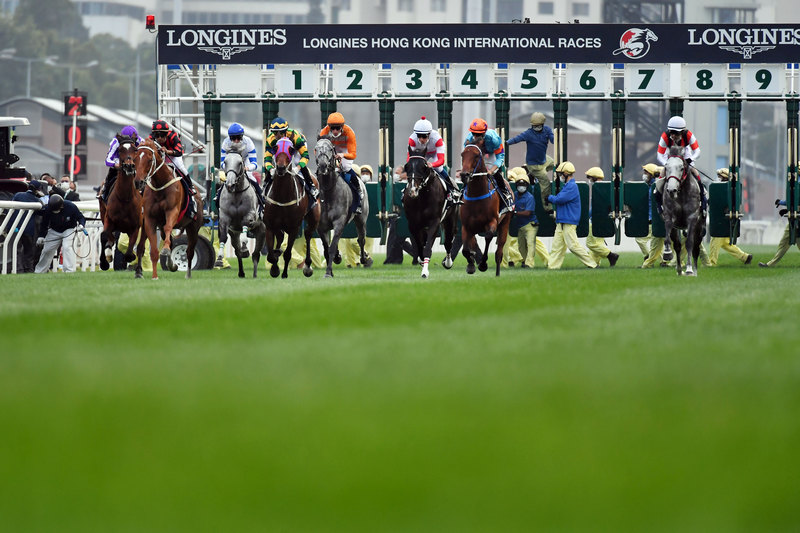 Overall, prize money has been increased by 5.25 percent in 2021/22 with some of the largest increments in Class 1 to Class 5 grades.

Recognising rising bloodstock prices globally, the Club is acutely aware of the challenge facing Hong Kong owners due to the very strong competition for high quality horses.
As such, prize money for Classes 1 to 5 will rise by between 4 percent and 9.1 percent.

Hong Kong Racehorse Owners Association President Mr. Matthew Lam said: “The Hong Kong Jockey Club has been doing great in keeping ‘racing goes on’ amid the COVID-19 challenges since last year when so many other sporting events were impacted. It is great to see the further increase of prize money in nearly all races, which offer good incentives to Hong Kong Owners to continue to import high class horses and support the world class racing standard in Hong Kong.”

Mr. Andrew Harding, Executive Director, Racing, at the Hong Kong Jockey Club said: “Key to Hong Kong’s world-class racing is the Club’s significant investment in prize money. Despite the issues associated with the COVID-19 pandemic and the uncertainty in world economies, we are committed to continuing our strategy of strong increases in  purse levels to reward and encourage our owners and to ensure Hong Kong’s elite races are attractive to overseas competitors. This approach has been a core element in Hong Kong being able to maintain its position as a world leader in providing quality horseracing and has enabled us to achieve between 17 and 26 horses in the LONGINES World’s Best Racehorse Rankings for each of the past eight years.

“For next season, the Club has increased prize money to a record overall sum, including a significant injection across all Class 1 to Class 5 handicap races and Group 2 and Group 3 contests. We believe this will help to enhance competition and assist our owners in their attempts to purchase and import the best possible horses in a difficult economic climate.”

“The LONGINES Hong Kong International Races will offer a record total of HK$100 million across the four Group 1 races held on the day, which underlines the Club’s commitment to attracting and rewarding the world’s best,” he said.

“That commitment is evident in the prize money increases for the LONGINES Hong Kong Cup, Hong Kong Sprint and Hong Kong Mile.”