The Chris Waller stable is never short of talented European imports and their stocks have been further replenished with Shared Ambition (IRE), an impressive winner at his Australian debut at Caulfield on Saturday.

Shared Ambition presented as a well-supported $3.40 favourite to win his Benchmark 78 handicap over 1800 metres after winning two low-grade Irish races between 2100m and 2200m.

The race turned into a sprint home and Shared Ambition quickened the sharpest, circling the field under apprentice Teo Nugent to win by 1.25 lengths.

Firstclass Dreamer ($4) stayed on gamely after settling second to maintain that placing while Aristocratic Miss ($5.50) finished third, a further half head away.

"He had a really good jumpout at Flemington last Friday with Michael Walker aboard and even after the line he was doing his strongest work - that was the most impressive part of his jumpout.

"I was a touch concerned about the slow tempo early but even in his trial he felt quite sharp and forward for a European galloper."

Taylor believes Shared Ambition, who was having just his fourth start at Caulfield, has a bright future in Australia. The horse only arrived five weeks ago, exiting Spendthrift Australia Park Werribee's quarantine centre at the end of August.

"You've also got to keep in mind that he's six months behind," Taylor said, referencing the fact Shared Ambition was bred in the Northern Hemisphere.

"I think we can expect a stronger, more-improved horse when it comes to the autumn. But there's no reason why he can't carry on with it this preparation." 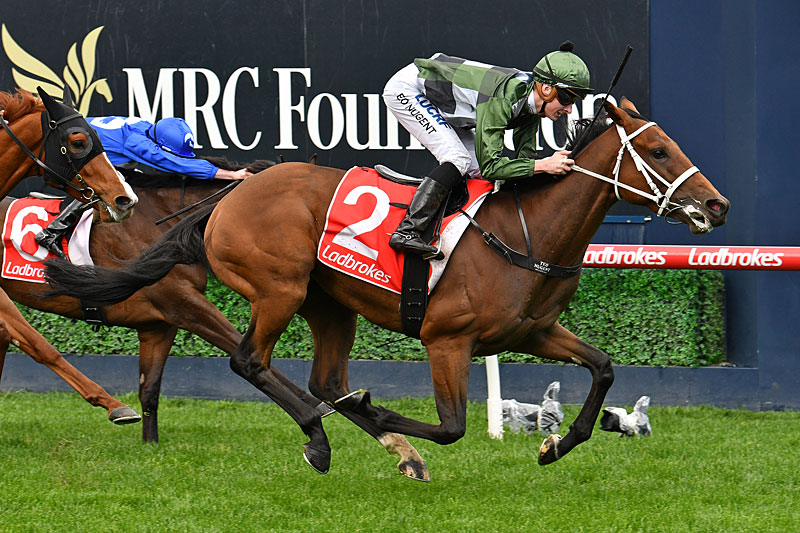