Hewitson’s out to extend purple patch

Lyle Hewitson has flipped the script on this season and tomorrow night at Happy Valley the South African ace is laden with chances atop a wave of momentum which includes eight wins from the last five race meetings.

Gearing up for eight rides at the city circuit with a view to enhancing his seasonal tally of 13 wins, Hewitson will continue a thriving partnership with Douglas Whyte aboard Gameplayer Times in the Class 3 Lam Tsuen River Handicap (1800m).

“He’s been running really well of late and he seems to be doing well but he is overdue for a win and last time he was game in defeat, he just got a little bit flat footed on the top of the turn but he did well late,” Hewitson said. 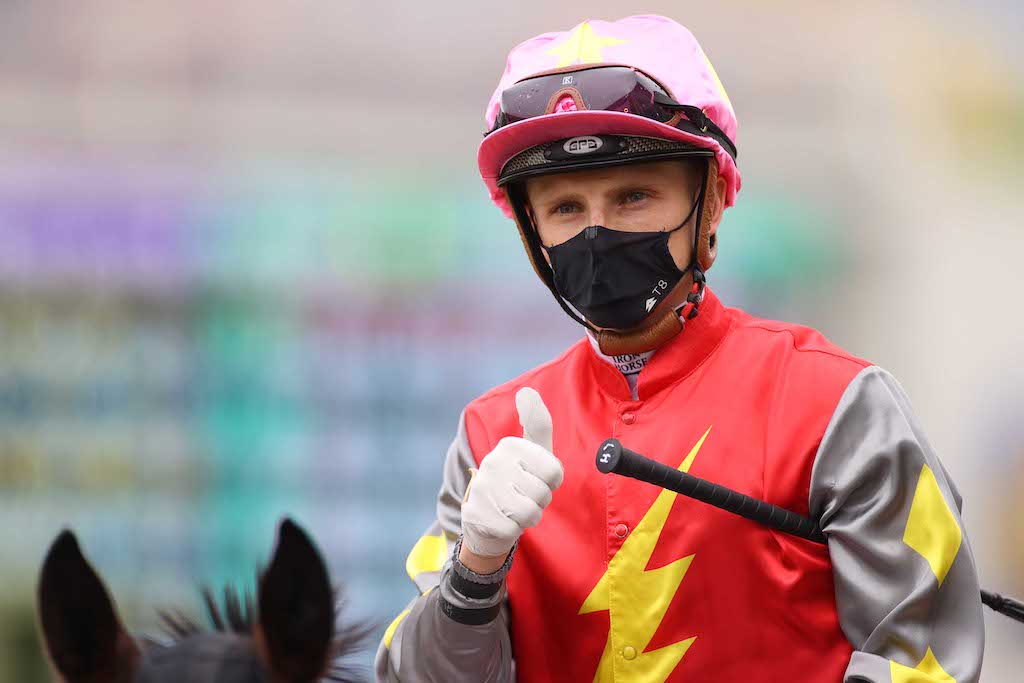 Bred and raced in Brazil, Gameplayer Times was formerly known as Glory Boy and won the G1 Presidente da Republica (1600m) at Gavea prior to import. “We’ve always been of the opinion that he would get the 1800 (metres) and now he gets the opportunity to show us that,” the 24-year-old said.

“He’s an easy horse, he can go forward or if there’s enough speed in the race then I’m happy to take a sit as well — the fact that he’s uncomplicated makes riding him a lot easier and with a nice smooth trip, I’m sure he’ll be in the firing line again,” Hewitson said.