The mid-summer twilight meeting at Geelong on Wednesday may have revealed a Group 1 contender with an impressive four-length win by the Brent Stanley-trained Here To Shock in the $35,000, McGrath Real Estate Class 1 Handicap (1209m).

Bendigo-based Stanley, who rode Arctic Scent to win the Caulfield Cup in 1996, said that the three-year-old colt by Melbourne Cup winning stallion Shocking will be aimed towards the Group 1 Australian Guineas (1600m) at Flemington on 27 February.

While still keeping perspective on the jump from a three-year-old and above midweek handicap to a Group 1 feature, Stanley hinted of his excitement with this colt who was speared to a dominant early lead with Glen Boss aboard.

“I think he is pretty good”, Stanley said post-race of Here To Shock, the well-supported $1.85 favourite.

“I have not been confident about winning a Group 1 yet but I have got a little tickle underneath me he might be the horse.

“It was good to see him put a gap on them when he rolled down to the fence and doing it within himself. Onwards and upwards through the prep.

“First-up over a short distance, he proved that he can be forward or he can be back, he races in amongst them. He is a genuine little racehorse,” he said.

Prior to this win Here To Shock was a $26 chance in TAB markets for the $1m three-year-old feature, but has since been turned in to $15. Ole Kirk is the favourite at $6.00 with the Hawkes' trained duel Group 1 winner resuming in the Group 2 WFA Expressway Stakes (1200m) at Rosehill on Saturday.

Here To Shock provided Boss his second winner on the card after a win on the Kevin Corstens trained Myer Reward earlier in the programme.

“I was watching him walk around the enclosure and he looks like he has got a bit of quality. He was obviously way too good for this opposition and there might be a good race in him this preparation”, Boss said.

“Out there leading and with that strong headwind up the straight he was a bit lost but I was shocked when I looked over my shoulder because I didn't realise how quick I was going.

“To see myself that far in front and feeling like I was walking was a bit of a shock, to be honest,” he said.

Now with a record of two wins and one placing in three starts earning stakes of $48,590, Here To Shock is likely to have another pre-Guineas start at Flemington on 13 February in the Group 3 C.S. Hayes Stakes (1400m). 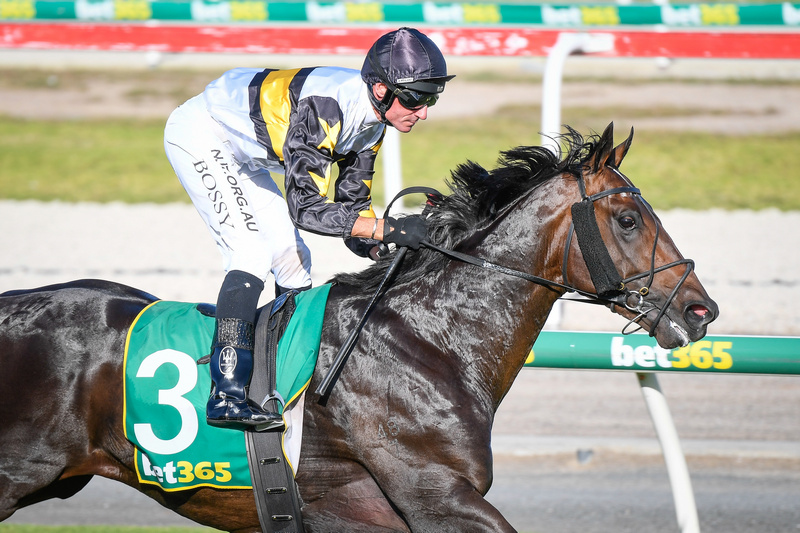