Super Wealthy steps into the unknown this Sunday at Sha Tin when the five-time winning six-year-old gets his initial experience of the Group 1 cauldron in the HK$12 million Centenary Sprint Cup (1200m).

Runner-up at Group 2 level earlier this term in the Premier Bowl Handicap (1200m) to Lucky Patch, Super Wealthy, a son of Epaulette, slammed 13 rivals under a cool, collected Alexis Badel one start prior in the G3 National Day Cup Handicap (1000m), defying a fast-finishing and subsequent G1-winning Sky Field.

Since then, across his most recent two starts, the 109-rater was interrupted in November’s G2 BOCHK Private Banking Jockey Club Sprint (1200m), but returned to log a rousing third behind Master Eight in the G3 Bauhinia Sprint Trophy Handicap (1000m) at the beginning of this month. 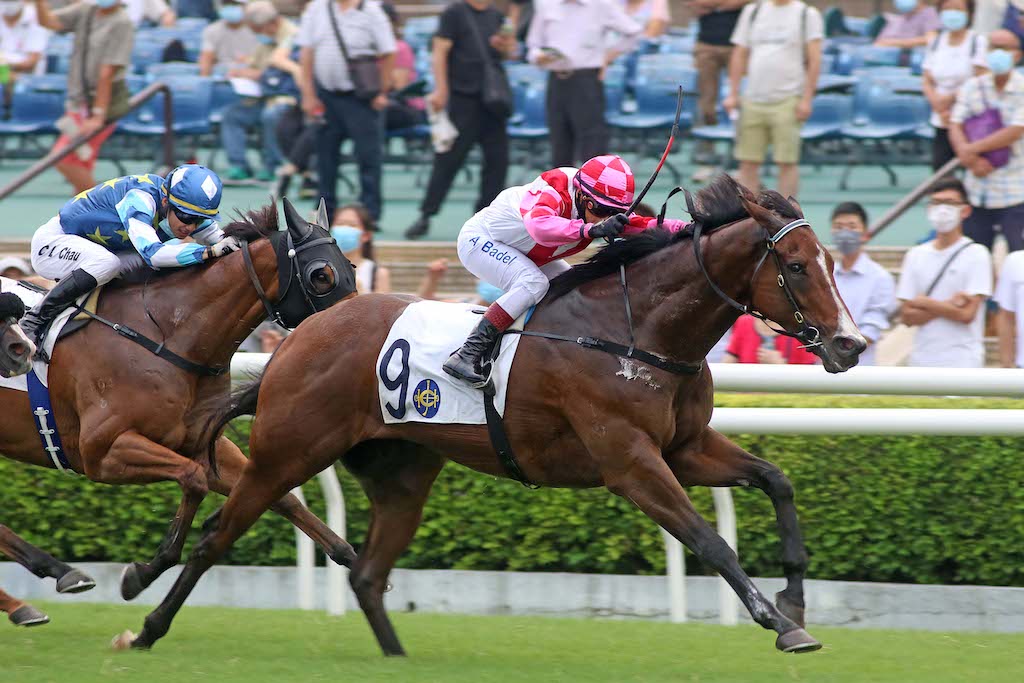 Trained across his first 11 starts in Hong Kong by Douglas Whyte, the Australian-bred is now under the care of David Hayes who is buoyant ahead of this weekend’s test.

“I don’t think it is [a daunting task]. Some of them are meeting him better off here, but I think he’s a horse that’s going to end up with the same rating as them at some stage. He’s coming through the classes well,” Hayes said.

Run at set weights, Sunday’s contest sees each runner allotted 126lb, meaning Super Wealthy, who slots in with the second-lowest rating (internationally), will be without an edge on rivals when he lines up for his first taste of the top-level.

“I’m really happy with him. I thought he over-raced slightly last start, so he was a bit stiff the other day. But hopefully he’ll relax and be right in it again this weekend,” Hayes said.

Before import from Australia, Super Wealthy (formerly known as Covert Operation) was a one-time winner from one start Down Under with trainer Jason Coyle in Sydney.

“I really thought the target race was the Bauhinia Sprint Trophy when he just got beat [last start] and I just thought he probably wasn’t good enough to win the Hong Kong Sprint. But I actually think he might have gone close looking back, although I’m glad he missed it because of all of the bad luck in the race,” Hayes said.

Both Super Wealthy and Master Eight are the only two runners in the race without Group 1 experience, the latter looking to extend his unbeaten sequence to six.

“We’re hopeful … If they go fast, it’ll suit him. If it’s a sit and sprint, that takes a bit out of him,” Hayes said.

“He [Super Wealthy] won two strong races early and they were very good, then he just got beaten by a good horse [Lucky Patch]. I always thought he was up there.

“Karis [Teetan] is on him. We’ve had some luck together lately,” Hayes said.

Hayes also won the Stewards’ Cup (1600m) with Smashing Pumpkin in 1997 and Resfa in 2000; this Sunday’s edition of the race features Hong Kong’s ‘Goliath’ Golden Sixty, bidding for his 17th consecutive win.