Hayes camp pleased with Beauty Generation ahead of return

Beauty Generation’s campaign ramped up a notch on Tuesday at Sha Tin on Tuesday morning with a 1000m turf barrier trial that connections hope will lead to a fourth consecutive win in the G3 Celebration Cup Handicap (1400m) in a fortnight’s time, before pointing him to his main target, December’s LONGINES Hong Kong International Races.

Hong Kong’s standout miler of recent seasons strode down the home straight shortly after dawn. The bay travelled close to the inner guide markers under Zac Purton, galloped by the winning post eighth behind Amazing Chocolate (clocked at 57.14s), and advanced after the line to lead the pack around the bend.

“He’s come out of it well,” trainer David Hayes said of the veteran, now an eight-year-old. “He was beaten a bit for speed in the middle stages, but I thought through the line was pretty strong and more importantly Zac said he felt like his old self.”

The Road To Rock gelding returns for his sixth season with a Hong Kong record of more than HK$100 million in prize money in the bag and searching for his ninth G1. Once again, his campaign will commence with the Celebration Cup and, like last year, he will shoulder top-weight of 133lb.

“He’ll be better at a mile and what I’m trying to do is have him at his best in December – just building him up,” Hayes said.

“I’m still learning with him, but I think he’ll tighten up and improve and have a gallop next week and he should be ready to go in two weeks’ time.” 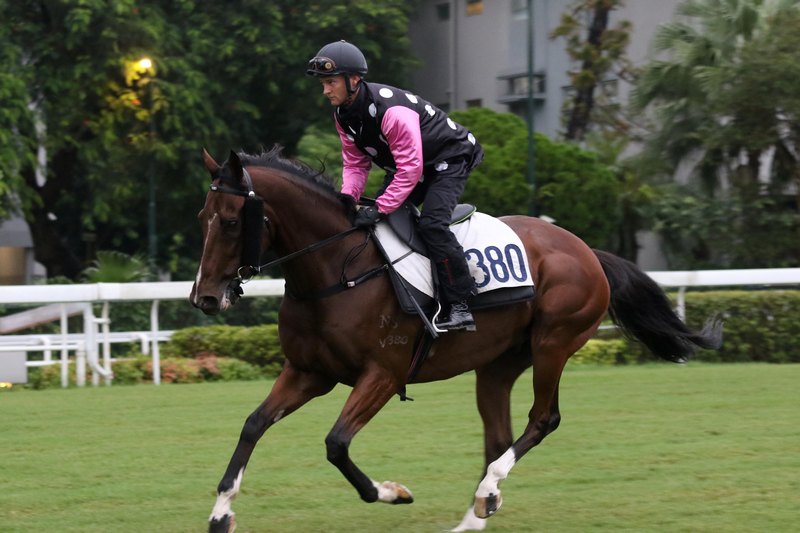 Hong Kong’s two-time Horse of The Year joined the Hayes yard in the off-season following the departure of his previous handler John Moore from the Sha Tin training ranks but those close to him remain the same as in the Moore days: groom Lau Wai-Kit was by his side with work rider Romain Clavreul watching on intently, while champion jockey Purton donned the familiar pink and black silks of owner Patrick Kwok.

“I thought it was a nice trial, they went along fairly hard early and he’s had a long time off, so it just took him a little of time to get into his rhythm – I thought he finished off nice towards the end,” Purton said.

Beauty Generation enjoyed the summer break, much like previous seasons, following his latest run in the G1 FWD Champions Mile, a contest he has won two out of the last three editions – the New Zealand-bred missed out on last season’s prize by a short-head to Southern Legend, who featured in the same trial, finishing ninth.

“When you’ve won 18 races and over HK$100 million you don’t need to change much, I’m keeping him in a similar build-up to what he would normally have. I do most of his main gallops just for protection on the grass and he does a little bit of 1400 to the furlong work on the all-weather,” Hayes said.

“I take him to Penfold Park, he quite likes that, it’s a bit of a change for him,” Hayes said, referencing the trotting path in the public park inside the centre of Sha Tin racecourse.

Hayes is no stranger to big-race success, having trained the winners of the Melbourne Cup, Caulfield Cup, Cox Plate and Japan Cup, as well the Hong Kong Sprint and Hong Kong Derby, as he targets December riches with Hong Kong’s highest earner.

“We’re happy – he’s not a blockbuster trackworker, like most champions: Better Loosen Up couldn’t win a gallop and neither could Fields Of Omagh – Jeune was a freak – they’re all different but when they run consistently and compete like he does, the way he’s working, I’ll be surprised if he’s not his usual very competitive self,” Hayes said.

“If he’s running well I think he’ll probably go to the end of the season, there’s a lot of races for him, like the Stewards’ Cup, so I’m sure if he’s racing near his best then he’ll keep racing and if he loses his form then they’ll retire him,” Hayes said.