The $108,000 MRC Neds Money Back Odds Handicap (2000m) at Caulfield in Melbourne witnessed arguably the biggest boil-over of the day when red-hot favourite Harbour Views (Fr) could do no better than finish fourth behind fellow European import Mirimar (Ire) (by Kalanisi).

The middle-distance feature of the afternoon in the southern capital, the contest was fully expected to see Harbour Views confirm his claims as a potential Melbourne Spring Carnival star with back-to-back victories at the metric equivalent of 10 furlongs.

And everything appeared to be going to plan when the rising 6-year-old had travelled beautifully during the early and middle stages of the contest, before starting to make what shaped as a winning move racing off the final turn of the contest.

However, no sooner had the $2.05 favourite of the race straightened for home and his finishing burst had come to an abrupt end, Harbour Views looking to fade noticeably over the closing stages and ultimately finishing out of the trifecta.

In contrast, both the aforementioned Mirimar, trained by Mike Moroney, and Sircconi (by Nicconi) fought out a thrilling climax to the contest, the former battling on best to the line to post a near half-length victory.

At the death, Salsamor (NZ) (by Tavistock), a 25/1 outsider, overtook the fading favourite Harbour Views to claim third place. 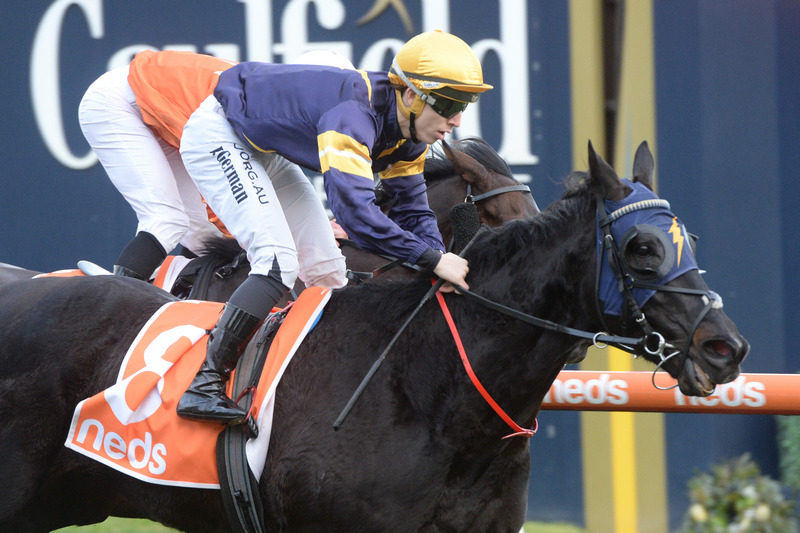 Instead of witnessing the affirmation of Harbour Views as a potential spring star, the race featured yet another outstanding winning ride by apprentice jockey Lewis German — a rising star in the Victorian ranks.

Notwithstanding after notable winning ride on a Saturday metropolitan program, the young hoop was keen to play down his role in his post-race interview.

“They probably went a bit too slow for the first 800,” began German, “so I tried to get my horse into a bit of a rhythm. To try and relax.

“I probably had to make the move a little bit earlier than I wanted to, but that probably helped me win the race. Everything worked out, in a way.”

German added: “It’s good to get these opportunities for these stables like Mike Moroney’s. I’m just grateful and I’m trying my best to get results.

“I’d love to build more relationships with big trainers, and that’s one of my goals when my claim goes to 1.5kg after I outride my two-kilo claim.”

Speaking on behalf of the winning stable, Mike Moroney's representative Jack Turnbull suggested that it was a well-deserved success by Mirimar.

“His last run in the Warrnambool Cup was excellent,” declared Turnbull. “We just freshened him up and did a bit of dressage work over a few weeks. It’s good to see that sharpness back in his legs.

“They only crawled early, so I was a little bit worried in the run. But he [German] made a mid-race move and put a bit of speed into the race, which suits this horse. Once he gets going he can sustain a big gallop… and thankfully it all turned out well.

“The idea from Mike was to give him a freshen-up to try and get him to the doorsteps of the spring. He’s consistent and once he races over 2000 and beyond, he’s quite a talented animal.”

A deflated Matthew Williams, trainer of the well-beaten favourite Harbour Views, was reported to say after the gelding's rank failure: “He was disappointing late. It was a messy race — a very slowly run race early. John [Allen] feels that a stronger tempo probably suits him [in order] to get into a better staying rhythm.”

Williams continued: “I still think that he had his chance at the top of the straight. He was close enough to be more solid through the line. That is probably the disappointing part.”

Williams also divulged that he would have a chat with OTI syndicate manager Terry Henderson regarding the immediate program, but essentially confirmed that Harbour Views would head to a spelling paddock and be given a freshen-up. He also intimated that he would need to “sleep on” a longer term future program for the gelding.

Illustrating the degree of support behind Harbour Views for today’s assignment is the fact that the winner Mirimar was returned at $11.00, the second Sircconi at $17.00, and the third Salsamor at $26.00.

Also reflecting the slow nature of the race is the contest’s very moderate winning time of 2m07.03s.