Straight track specialist Halvorsen has won his second Group 3 Standish Handicap (1200m) in three years after a gutsy effort to claim the $250,000 feature by a long head. It’s the six-year-old’s third stakes win, adding to his Century Stakes (Listed, 1000m) success first-up this campaign and the 2020 renewal of the Standish. 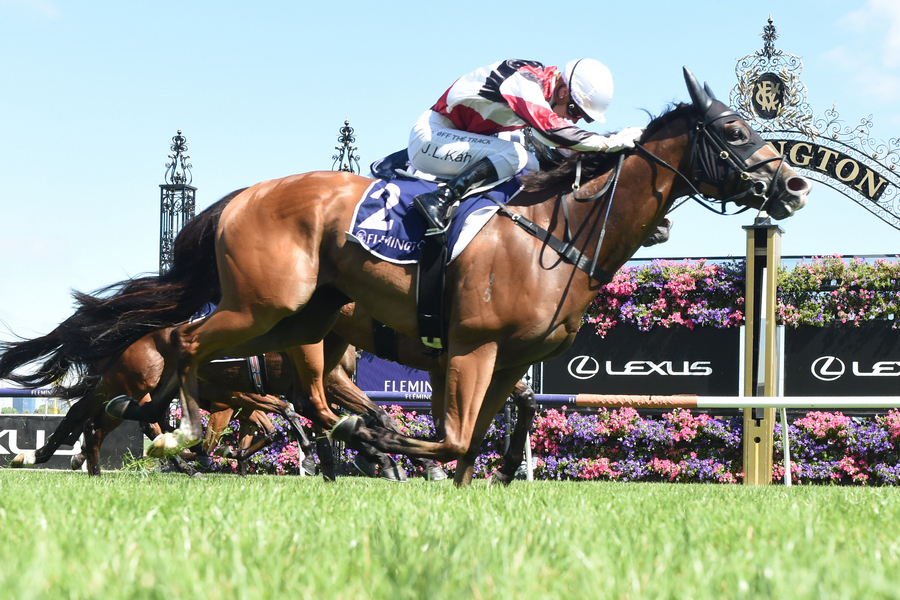 Robbie Griffiths & Mathew de Kock stable representative Reid Balfour said another crack at Group 1 glory is ahead for the son of Magnus, who takes his total prizemoney to over $1million with the victory.

“He’s been in the stable a long time now and he delivers every preparation, and he’s a great horse to have,” he said. “He’s going every bit as well [as when winning the race two years ago]. He had that one preparation where he didn’t come up.

“He ran in the Newmarket that year and he just didn’t come up, so we gave him a good long spell and we’re seeing the results. We’ll see how he comes through today but probably map a path through to that race again. If he runs to this sort of form, he’d be some sort of hope in it hopefully.

“The Oakleigh Plate is a possibility, but he’d probably find it a bit tough against the weight-for-age horses in a Lightning Stakes.”

Halvorsen jumped fairly from an outside barrier but found himself toward the rear of the field in the early stages with the pace being quite good early on.

Jamie Kah kept him in clear air down the straight as he began to build into the race with 400m to run, with Kah sitting patiently atop the six-year-old. Last year’s premier jockey pushed the button with 250m to run and he dug deep to hold off the favourite It'soutime in the concluding stages to win by 0.2 lengths.

Patience paid off for Kah as they outmuscled their younger rival to get the win.

“Robbie thought he was ready to peak today and he was, he gave me a beautiful ride,” she said.

“He’s a tricky horse to ride. He said you just have to wait, wait and I really wanted to push the button, but I had to wait a bit longer than I usually would. But he had plenty left and he gave me a lovely ride.

“I think he only has that short sprint. If you let him go too soon he doesn’t find the line as well. It’s difficult because you feel you’ve got so much underneath you, I’m [just] glad I waited and it was a good result in the end.”

Halvorsen ($7.50) beat home $3.40 favourite It’Sourtime and the Leon and Troy Corstens-trained The Astrologist ($5.00), who looks set for a good campaign.