Trainer Gordon Richards remains confident a last-minute disruption to Gytrash’s The Everest build up will not hinder the South Australian’s quest to win the $15 million showpiece.

The Group One winner was slated to step out in a barrier trial at Rosehill on Friday but will be unable to travel to the venue after Parramatta was on Wednesday announced as one of the latest local government areas to be put under stricter lockdown conditions. 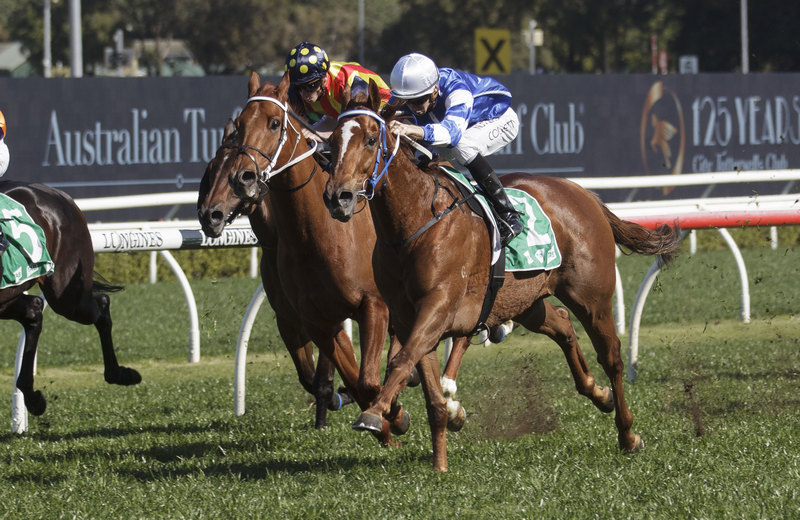 Gytrash is still on schedule for The Everest despite latest lockdown restrictions, picture sportpix.com.au

Richards was not overly concerned by the setback and said Gytrash was versatile enough to cope.

“There is another trial in the middle of next month on the 15th [of August]. If we can get to that one it will be OK,” Richards said on Sydney’s Sky Racing radio.

“It’s not the be-all and end-all with him, he is pretty clean-winded.

“I’d like to get a couple of trials into him before he races [but] a good, hard gallop might do just as much.”

Gytrash has again be selected to represent the Everest slot held by Inglis after finishing third for them 12 months ago behind Classique Legend and Bivouac.

He underwent an operation to remove a bone chip from a knee after his Everest campaign and in two subsequent runs has finished third in The Goodwood at Morphetville, then wasn’t beaten far when unplaced in the Kingsford-Smith Stakes at Eagle Farm — both in May.

Richards, who is based in South Australia, has not seen Gytrash in the flesh since his Kingsford-Smith performance but says he is getting daily updates from the gelding’s caretakers, including trainer Clare Cunningham, who is the partner of Gytrash’s jockey Jason Collett.

Gytrash won the Concorde Stakes en route to The Everest last year, but Richards has confirmed he will follow a different path this time around.

“He won’t go to the Concorde. It left too big a gap from the Everest to the Concorde last time, so we’ll go to The Shorts and that’s a month before The Everest,” Richards said.

“If things go wrong and he doesn’t front up that day, then a fortnight later we’ve got the Premiere, then two weeks into The Everest.”