Ellsberg has tuned up for his Brisbane winter carnival mission with a sparring session against the world’s best sprinter. The gelding stepped out against the Royal Ascot-bound Nature Strip in a jump out at Rosehill and co-trainer Gerald Ryan was pleased with what he saw.

“He had a jump out (Tuesday) morning and ran second to Nature Strip,” Ryan said. “He went well. Nash (Rawiller) came out and rode him and he was quite happy with him. He runs in the Kingsford-Smith on Saturday.” 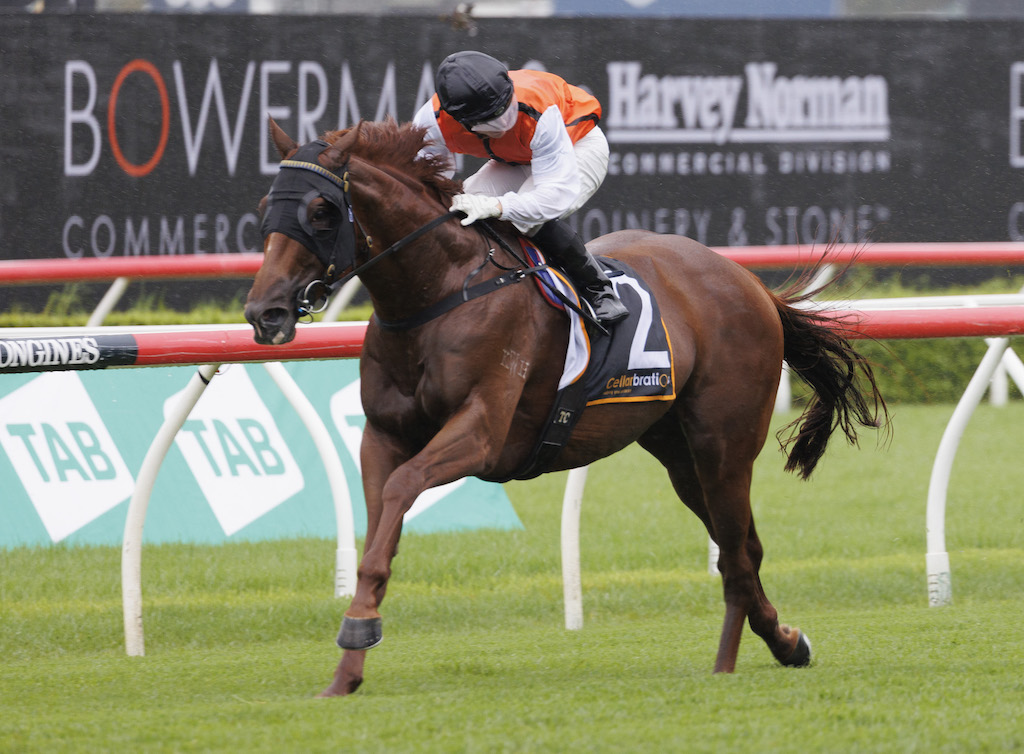 Ellsberg has the Stradbroke as his main target, picture sportpix.com.au

The Kingsford-Smith Cup (1300m) at Eagle Farm will be one of two Group 1 goals for Ellsberg in Brisbane, although his major target is the Stradbroke Handicap (1400m) at the same track two weeks later.

The four-year-old enjoyed a fruitful Sydney autumn carnival campaign which started with a first-up win in the Liverpool City Cup (1300m) and was rounded out by his placing behind Cascadian (GB) and Tofane (NZ) in the All Aged Stakes (1400m) on April 16.

Ellesberg has a great fresh record and is a $10 chance in early markets for the Kingsford-Smith and $21 for the Stradbroke Handicap on June 10.

There will be plenty of Group 1 racing in Brisbane this week with the washed-out Doomben Cup originally rescheduled to Wednesday.

Further rainfall has seen some of those feature races now included on a bumper ten-race card at Eagle Farm on Saturday which also boasts the $1million Queensland Derby (2400m).