Group 1 calling, a first for Comerford and Bailey

This time last year, the thought of calling a Group 1 race would not have been on Pat Comerford’s mind.

But next Saturday (May 21), that is just what the Australian expatriate will be doing when he gets behind the binoculars for the $1 million Group 1 Kranji Mile (1600m). 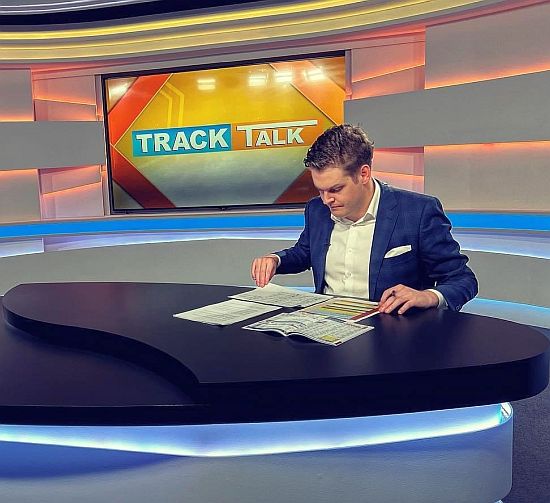 “I only started calling races four years ago in Alice Springs (Australia) and to now be in Singapore calling a Group 1 race is hard to fathom.

“I pinch myself everyday.”

So, just how did the genial 26-year-old find himself in Singapore on the cusp of the biggest call of his career?

“I’ve loved racing all my life – my family are all mad keen and race club members in Melbourne where I grew up,” reminisced Comerford.

“I was working in Alice Springs as a radio presenter – and I was going to the races as a spectator – and when the caller left suddenly, they needed a hand, so I stepped in.

“So I fell into race calling as a profession but I loved it and called in Alice (Springs) for the next three years before moving to New Zealand.”

The move to New Zealand was to further what Comerford hoped would be a career in race calling, but COVID-19 travel restrictions in the Land of the Long White Cloud hampered some of his short-term ambitions.

“I wasn’t getting too many opportunities to call races due to Covid, but was presenting for Trackside (New Zealand TAB) and kept my hand in by calling trials,” continued Comerford, in transit after a brief holiday in Australia.

“The job came up in Singapore back in August (2021) when Nick (Nicholas Child) was leaving and to be honest, I didn’t think I would be a chance as it is a prestigious position.

“But Donna Logan had approached George (Simon, New Zealand race caller) to see if he knew of anyone that was capable and he encouraged me to apply.”

Comerford, who met his partner Sophie (who is moving to Singapore to join Comerford in June) when living in New Zealand, was ecstatic – but still surprised – when he got the good news.

“I used to come to the races at Kranji back in 2013 and was in awe of what Ed (Edward Sadler), Craig (Evans) and Matt (Matthew Jones) were doing,” said Comerford.

“I knew Ed from Melbourne, so he showed me around and even took me to the broadcasting box to watch a race being called by Craig.

“So to be in that same box calling races now and with the Kranji Mile next week, wow!”

Is calling the million-dollar mile any different to other races?

“It’s a massive thrill but I can’t overthink it,” said Comerford.

“There will be nerves – it’s a dream come true – but I have to treat it like a normal race.

“It helps working with Scott (Bailey) too. We have a good relationship and complement each other well, which is very important.”

And what of his partner in calling, the popular Scott Bailey?

Just over 12 months ago, the 34-year-old Bailey was working at the coalface of the industry as an assistant-trainer to Shane Baertschiger – a position he had held for some nine years.

But as COVID-19 clouded the racing horizon worldwide, Bailey contemplated his long-term future and when the Singapore Turf Club advertised for a position on the English Broadcasting team, he jumped. 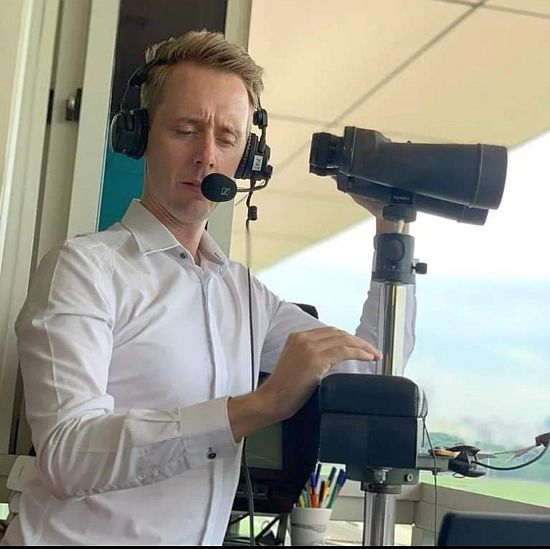 “I wasn’t really looking at changing jobs but it was getting tougher with the Covid situation, so I had decisions to make,” explained Bailey, fresh from interviewing trainers at trackwork on Wednesday.

“I was happy at Shane’s but I knew the Club was looking for someone to help Nick, so I bit the bullet and applied.”

A huge leap of faith for someone who started life as an apprentice jockey at the tender age of 17 in South Australia and has worked hands-on in the industry ever since.

“It was a daunting prospect though, especially the race calling which I had never even contemplated before,” continued Bailey.

“But it was part of the job description, so I had to learn very quickly and 12-months later, I’m still learning.”

An amazing transformation for a man who had only ever been on the other end of the microphone - for interviews when working at the Baertschiger stable – but he knows he still has plenty to learn.

“It was very tough early,” said a candid Bailey.

“My first call was a maiden – Rocketship won (who coincidentally races on Saturday in a $50,000 Class 4 race over the 1200m on the Polytrack) – but while I was very nervous, I was also very focused so it wasn’t as bad as I thought it might be.

“But you improve with every race and while I know it will take many more years before I feel one hundred percent confident every race, I’m very happy with how I’m progressing.”

Bailey – a keen student of international racing – ranks fellow Australian, Matt Hill (Victoria) and New Zealander, Mark McNamara (race caller at Hong Kong Jockey Club), as the two best callers in the business, but knows he can learn from them all.

And while Bailey may never call a Group 1 Melbourne Cup like Matt Hill, you would think a Group 1 call in the place he now calls home – Singapore - is on the horizon.