Arcaded has added to Godolphin’s armory of two-year-olds for the upcoming feature races with an impressive debut win in the $50,000 Neds Same Race Multi Handicap (1100m) at Caulfield on Wednesday.

Under the guidance of Damian Lane, Arcaded strolled to an easy 3-¼ length victory and was immediately inserted as a $26 chance with TAB for the Group 1 Blue Diamond Stakes (1200m) at Caulfield on February 20.

Arcaded ($7.50) followed the speed before Lane pushed out into clear running on the hometurn to defeat Lady Audrey ($5) with the winner’s James Cummings-trained stablemate Alriyah ($13) a close third.

Godolphin representative Sean Keogh said the stable had been patient with Arcaded after the filly had trialled at Flemington earlier in the season.

“That was a super effort and there was a bit of patience played too,” Keogh said.

“Damian Lane sat on this filly in September and she trialled brilliantly up the straight but was probably just a bit on the weak side, so James and Reg Fleming decided to tip her out and give her a bit more time,” Keogh told racing.com.

“There was a lot of unknowns before the race and plenty of the stables were spruiking their horses as well and we were looking forward to a strong event and that is what it turned out to be.

“The filly got a nice sit in the box seat and quickened away from them really well.

“Our two-year-olds are setting a good benchmark this preparation and the key for the team now is to stay focussed on keeping progressing these horses for the upcoming big races.”

Lane said provided Arcaded pulled up well he could see no reason the filly could not contest a division of the Group 3 Blue Diamond Preview (1000m) at Caulfield on January 26.

“In 13 days are the (Blue Diamond) Previews and if she pulls up well, I certainly wouldn’t talk the stable out of running her,” Lane said.

“She was well educated, well prepared for today and she basically did everything right. She was a little bit tardy away, but from there was really professional.”

Arcaded is by Street Boss (USA) from the Lonhro mare Gloriette and earned $52,000 for her debut win which included $24,500 in Super VOBIS and VOBIS Gold bonuses. 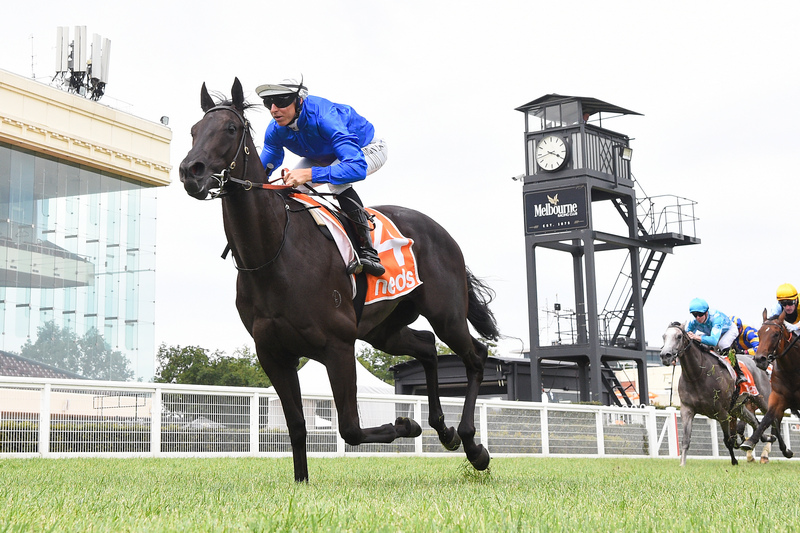