A trip to the 2022 Magic Millions raceday is on the cards for the Robert and Luke Price-trained Jamaea, after her win in the Group 2 Percy Sykes Stakes over 1200m at Randwick on Saturday. The two-year-old dashed between runners to claim a narrow long neck victory.

The daughter of Headwater will now head for a spell, with co-trainer Luke Price targeting races such as the Tea Rose Stakes in the spring, before a possible assault on the Gold Coast.

"She'll have a month to five-weeks in the paddock and we'll just nurse her from there," he said.

"She might be back at the races early September, end of August if everything goes to plan for a couple of those stakes fillies races."

"Races like the Silver Shadow and the Tea Rose might be the pinnacle, but she's obviously a Magic Millions horse as well. 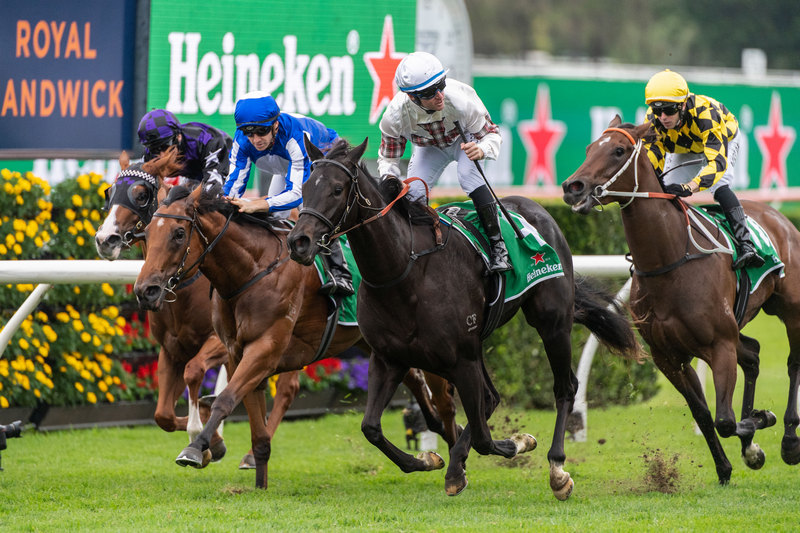 Jamaea caught everybody's eye when she flashed home for second in the Lonhro Plate at her second race start.

But after some bad luck in running and narrow second place finishes, it all fell in her favour on Saturday.

Price said the plan was for her to race in the Golden Slipper, but believes not competing in that race was the best thing for her.

"We thought we could get her into the (Golden) Slipper, we thought she was good enough to get there," he said.

"As it turns out, it was probably a great thing we didn't end up there with the track still being quite rain effected. Tommy (Berry) trialled her and thought she isn't suited on a wet track.

"She's quite a good little filly and she's just been so consistent, she had excuses in that run where she went bad in a hot fillies race.

"Her sectionals every time she goes around are nearly the best sectionals all day and she's going around on days when decent horses are racing.

"She's certainly great for our team and puts a boost in your step that's for sure."

The stakes winning daughter of Headwater was purchased by the Price team for $130,000 at the 2020 Magic Millions Gold Coast yearling sale.

Although small in stature, she caught the training duo's eye enough to out-bid Team Hawkes and get her into their Kembla Grange base.

Price said that Jamaea ticked all the boxes.

"She was just a really neat, fast type that we really liked, there was nothing that we could fault on her," he said.

"The mare was a good race mare, and we just liked the filly. I know Hawkes's were the underbidders, so we were bidding against some pretty good judges when we were bidding.

"They set their mark and we got it through ours."

The training duo will take a team of eight horses to Nowra on Tuesday.

Yugosphere in race two may be scratched, but Price believes they have some genuine contenders.

"I think Auburn Boy in race three will be hard to beat and I think Kimberly Rain first-up later in the day," he said.

"She's absolutely flying at home, her trial tells us that she's going well, she just has to contend with a tricky draw.

"Kathy (O'Hara) goes on to a few of them tomorrow and hopefully we can get a result again."