Four-from-four for no longer a Mystery Shot

Three-year-old rising star Mystery Shot (by Shooting To Win) maintained his impressive unbeaten record when scoring in effortless fashion on the Caulfield program in Melbourne and adding the $108,000 MRC Neds Price Boost Handicap (1400m) to his growing number of victories.

A gelded first-crop son of the 2014 Caulfield Guineas winner Shooting to Win trained by Lindsey Smith, Mystery Shot went into today's assignment with a race record that read three-from-three in a career which only got underway on the final day of 2019.

Mystery Shot subsequently came out of his latest engagement with his unbeaten record comfortably intact and the 2020/21 racing season offering all manner of riches for a progressive individual with inarguably bigger and better wins waiting ahead.

Despite being assigned equal top-weight of 61.5kgs and Barrier 9 in a field of nine, Mystery Shot proceeded to make proverbial 'mince meat' of his rivals, taking out the contest in commanding style and very much under his own steam.

Ridden to victory by Michael Rodd, the long-established hoop only really had to do a steer job on a very promising young horse who has now won his past two Caulfield starts in the style of a lightly-raced galloper with an exciting 4-year-old season now waiting ahead. 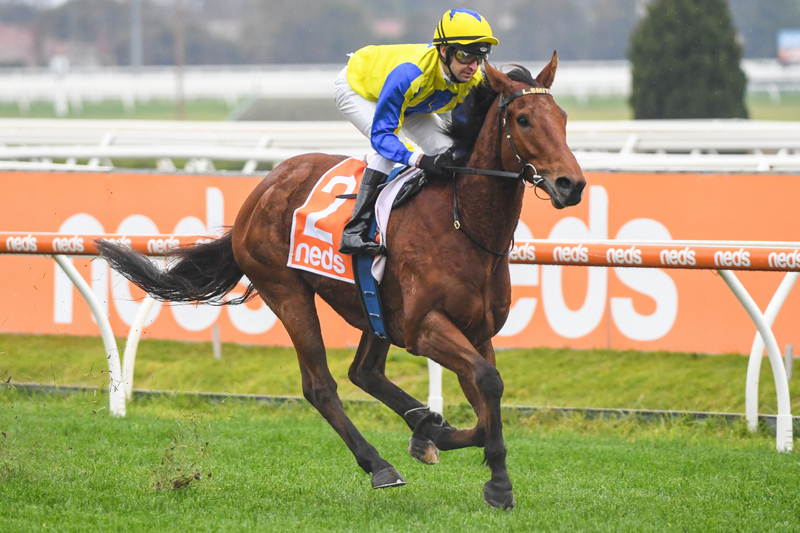 Today's victory saw Mystery Shot have two-and-a-half lengths to spare over runner-up Wicklow Town (by Canford Cliffs), who in turn finished almost half-a-length ahead of minor placegetter Paris (by Snitzel). If truth be known however, the winner could have possibly scored by many panels more and was given the easiest of races by his internationally acclaimed pilot.

Not surprisingly, winning rider Michael Rodd was high in his praise for Mystery Shot and is very much hoping connections aren't tempted to sell the exciting young prospect overseas.

“Let’s hope he stays on our shores,” declared Rodd at the beginning of his post-race interview.

“The progression from last start to today was quite big. Between his first couple of starts you could see that he’s coming along, but today was a very big jump with that weight, against a nice field.

“The biggest thing probably wasn’t the quality but just the way the weights were working out against him. He’s gone from 56.5kgs to 61.5kgs. He went around like he had no weight on his back today.

“He felt really good in that ground. He wanted to slip a little bit coming around the turn, and he got a little bit keen and wanted to go, so I had to hold him together. But in the straight I was able let him down and there was obviously plenty from him.

“That’s a really tricky start,” elaborated Rodd. “You have nightmares there when you’re doing a speed map [and] trying to work out where you want to be coming up that hill, on the first turn and then coming down from the 1000-metre mark. But he’s got that tactical speed.”

One of Victoria's elite jockeys in the very recent past, Rodd also voiced his appreciation for getting the opportunity to ride such an exciting young galloper.

“It’s tough to get quality horses and to be able to get my leg over a horse like this. I’m very thankful to Lindsey [Smith] for all the support he’s given me. And also to [syndicate manager] Brad Spicer and all his owners. You need the backing of these guys to get you going.

“There isn’t much between a lot of us in that jockeys room and sometimes it’s just your connections and who you’re riding for that makes the difference.”

“It was an easy watch. A beautiful ride from Michael. He put it to bed at the top of the straight. A lot of potential there and a very exciting horse going forward.

“Lindsey will have a look at him during the week. Whether he goes for one more or gets a little break. That’s the boss’ genius; he’ll know straight away whether he’s ready for the paddock or he’ll have one more.”

Mystery Shot started the race as a $4.60 chance, with Scorpius going to post the $4.40 favourite before finishing fifth. Runner-up Wicklow Town started at $9.50, and third placegetter Paris at $21.00.

Bred in Australia but sold as a yearling in New Zealand, Mystery Shot's pedigree features the celebrated staying influence Montjeu as his maternal grandsire and the Group 1 AuRC Auckland Stakes (2000m) winner Seamist as his maternal grand-dam. It all augurs well for wherever his future lies. 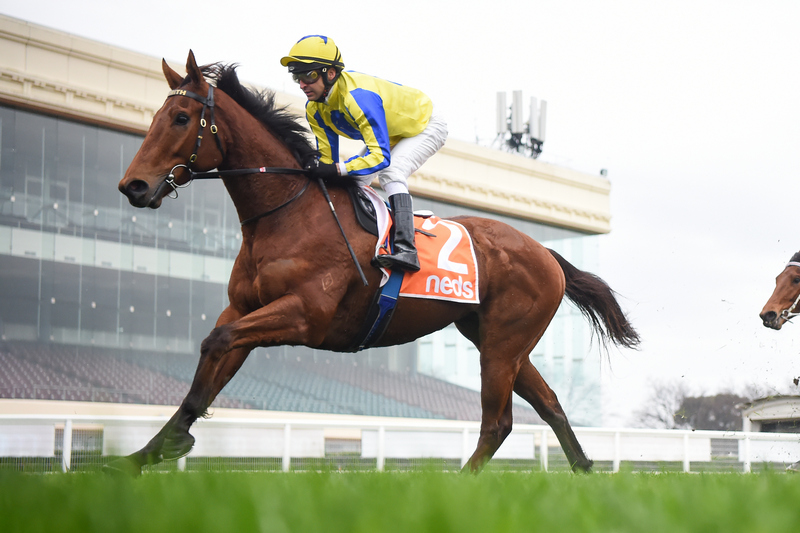