Providing Craig Williams with the third leg of a winning quartet, Gundec ($7) scored a three-quarter length win from Sharper ($61), with Sebastian The Fox ($81) a further 1-¼ lengths away third. 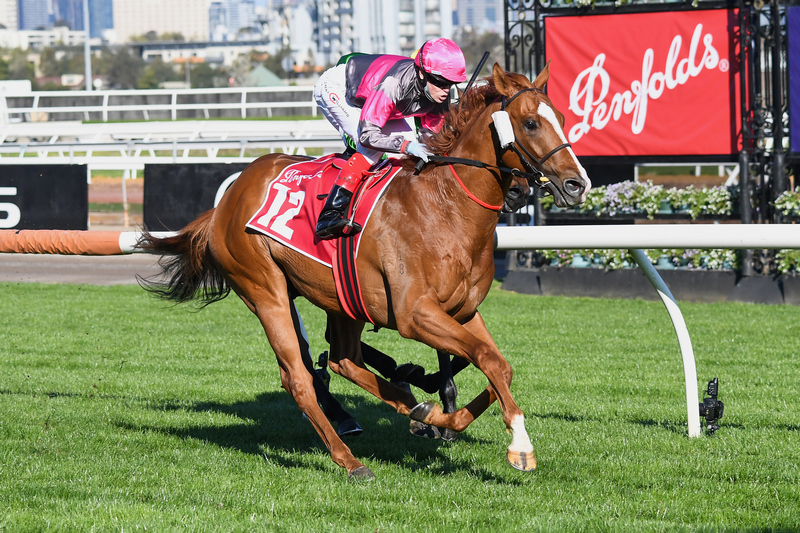 Gundec looked a live Victoria Derby hope with his win in the Preview, picture Racing Photos

Formerly trained in NSW by Allan Boyle, Gundec joined Wilde’s Warrnambool yard this preparation and after running second at Geelong earlier in the month, broke through for his maiden win on Wednesday. Now Wilde will sit down to plan a path into the Derby.

“I think he’s in now, so we can make plans solely around the Derby,” Wilde said. “He took a long time to get past that [second] horse, so that may indicate the further the better.

“He might have also had a bit of luck with the skirmish behind him, but that’s the advantage of having that tactical speed as you can get out of that sort of trouble and I’m rapt his in actually.”

Wilde said the Listed Super Impose Stakes (1800m) could be Gundec’s next outing, adding though he had not looked past Wednesday’s race.

Williams made the trip to the western districts of Victoria to ride work for Wilde one morning, with one of his mounts being Gundec. He also rode the lightly-raced 3-year-old at Geelong in his first outing for Wilde and has noticed the improvement, condition wise, the colt has made from that run.

“I like the way he has visually come on in his looks from his first-up run and even the way he has tightened up,” Williams said. “Symon says that he’s a big, tough colt and they throw a lot of work at him.

“He’s in the right care for a staying type of horse and I’m really looking to the journey ahead with him, and I think he can come on from today’s experience having his second run here in Victoria.”