Field of nine for the Winter Challenge

A field of nine were accepted  for the Rosehill feature on Saturday, the $150,000, Listed XXXX Winter Challenge (1500m), including the Ryan and Alexiou trained Cisco Bay who shares 53kg with the Waller trained duo of True Detective and Sambro.

Cisco Bay is coming off a first and second from his two starts this campaign. The six-year-old So You Think gelding won first up over 1400m in the Benchmark 78 at Randwick on a Soft 7 with 58.5kg and followed that with a second over 1500m in the Benchmark 88 at Rosehill on a Heavy 8 with 56kg on July 3rd. Rachel King rides with barrier six.

The Waller stable have accepted with the consistent True Detective, Order Again (NZ) and Sambro. The first two were behind Bandersnatch in the Listed Winter Stakes over 1400m at Randwick on July 10th, finishing second and third respectively.

True Detective, a four-year-old Shamus Award gelding, has placed in his last three races. Kerrin McEvoy rides with barrier seven, Hugh Bowman rides Order Again with 58kg and barrier eight and Jay Ford is up on Sambro with barrier five.

Godolphin have accepted with Ziegfeld (GB) for the rising five-year-old New Approach gelding’s second start this campaign and his third in Australia. Ziegfeld ran first up in the Listed Winter Stakes. After being close to the pace and third at the 400m the Heavy 9 track took its toll and he finished fourth, some 7 1/2L to Bandersnatch. Parr rides with barrier nine and 56kg.

TAB have opened their market with Order Again, Kirwans Lane and True Detective sharing $5.00 and Cisco Bay sharing $6.50 with Ziegfeld.

The nine race meeting, with 131 overall acceptances, commences at 11.15am with a field of 12 two-year-old’s with four last start winners. The Snowden’s have put forward King Of Sparta who resumed after being gelded with a win over 1150m on the Kensington track on July 7th.

The I Am Invincible gelding twice placed fourth at Group level before being spelled and gelded. While he still raced with a high head carriage on the 7th he still had enough under Regan Bayliss to win suggesting that further race craft will allow him to develop his ability.

The track is rated a Soft 6 on Wednesday after 2.5mm of rain for the last seven days. The rail is out 8m from the 1400m to the Winning Post and 5m for the remainder of the circuit.

Rosehill’s weather leading into the weekend is forecast to be sunny on Thursday with 17c, cloudy on Friday with 16c and partly cloudy with 7c to 18c on Saturday. 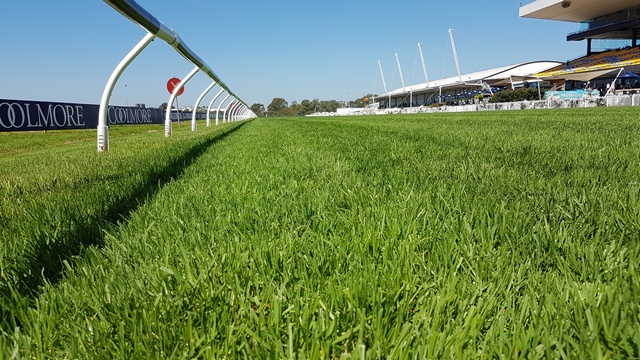