Exultant’s outstanding exploits during the 2019/20 season earned the multiple Group 1 victor the Hong Kong Horse of the Year award at a special presentation function held at Sha Tin Racecourse on Thursday evening.

Exultant is the first horse since River Verdon in 1991/92 to win the Horse of the Year title in the same season as capturing both the G1 FWD Queen Elizabeth II Cup and the G1 Standard Chartered Champions & Chater Cup. Only two other Hong Kong champions, Top Grade and Quicken Away, have achieved the same feat.

The five-time G1 winner showed uncommon class and resolution during the campaign, in which he finished in the frame in all of his seven starts. In addition to his two G1 wins, the Teofilo gelding also took the G2 Jockey Club Cup and the G3 Centenary Vase Handicap, and was placed in the G1 LONGINES Hong Kong Vase, the G1 Citi Hong Kong Gold Cup and the G3 Sa Sa Ladies’ Purse Handicap.

Golden Sixty was the deserving winner of the newly-introduced Four-Year-Old Champion award. The Francis Lui-trained galloper became only the second horse after Rapper Dragon to win all three legs of the Four-Year-Old Classic Series, including the BMW Hong Kong Derby.

The Medaglia d’Oro gelding went through the season unbeaten with seven wins, and also tasted his first Group success in the G3 Chinese Club Challenge Cup Handicap. Lui’s stable star matched brilliance with versatility, with his wins ranging from 1200m to 2000m.

Golden Sixty also secured the bulk of the public vote to claim the Most Popular Horse title. 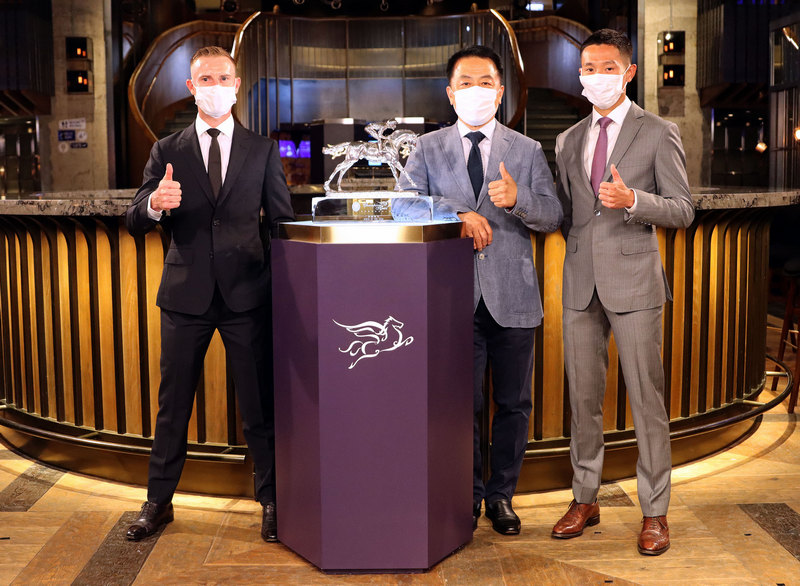 Two-time Hong Kong Horse of the Year Beauty Generation lost his outright crown but was named Champion Miler for a remarkable third season in a row. The Road To Rock seven-year-old remained a significant force at the highest level, and completed a hat-trick of wins in the G1 Queen’s Silver Jubilee Cup. John Moore’s stable standout also won the G3 Celebration Cup for the third time in succession; and earned three G1 placings with his seconds in the Stewards’ Cup and the FWD Champions Mile, and third in the LONGINES Hong Kong Mile.

Beat The Clock was named the season’s Champion Sprinter for the second year. The John Size-trained six-year-old was a dual G1 victor this term, claiming the LONGINES Hong Kong Sprint and the Centenary Sprint Cup, a race he also won in the 2018/19 season. The Hinchinbrook gelding continued to be a model of consistency with two wins, one third and one fifth from just four starts this term.

Good Luck Friend was named the season’s Champion Griffin after securing four wins from six starts. The Ricky Yiu-trained three-year-old achieved his career highlight to date in a Class 3 1200m at Sha Tin, defeating seasoned gallopers to achieve a rating of 85.

The Jimmy Ting-trained Amazing Star was named the season’s Most Improved Horse. He started the campaign on a rating of 58 and rocketed 42 points to a mark of 100 after four wins in just six starts.

Ricky Yiu was honoured with the Champion Trainer title. The battle for the championship was settled at the season finale and Yiu was most deserving of his first title, having led for most of the season and repelled all challengers with a final total of 67 wins.

Zac Purton was crowned Champion Jockey for a fourth time. The Australian rider had a fantastic season of achievements, including becoming the only rider in history to have won every Group 1 race on the Hong Kong calendar thanks to Exultant’s score in the FWD QEII Cup.

Vincent Ho won the Tony Cruz Award as the season’s leading homegrown rider and also won the public vote to earn the Most Popular Jockey of the Year accolade.

Retiring trainer John Moore was presented with the Lifetime Achievement Award for his great contribution to Hong Kong racing over almost 50 years.