Express Pass after a Group 1 first

Nick Ryan carved out a successful career as a jockey before weight got the better of him and is now proving himself a more than handy trainer. But one thing that he has not been able to put on his CV to date is a Group 1 win. 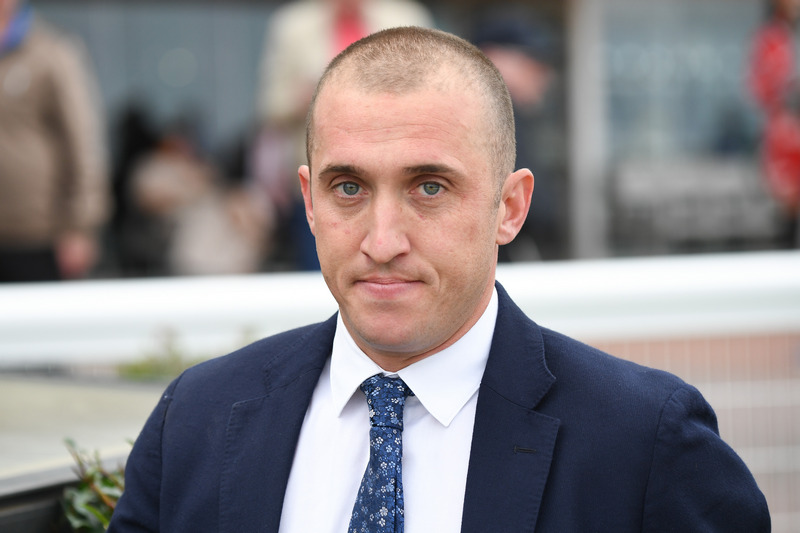 Nick Ryan is looking for his first Group 1 as a jockey or a trainer, picture Racing Photos

Ryan had six Group 1 seconds as a jockey and last month went within a short-head of claiming the Sir Rupert Clarke Stakes at Caulfield with Dice Roll (Fr). His latest Group 1 attempt will be with Express Pass in the Manikato Stakes (1200m) at The Valley on Friday night, and he is looking forward to the challenge.

But Ryan has been planning his assault on Friday night’s race since Express Pass took out the Listed Chautauqua Stakes over the same course and distance on September 4. The 5-year-old followed that performance finishing fifth behind Splintex in the Group 2 Bobbie Lewis Stakes (1200m) at Flemington on September 11.

“When he won the Chautauqua he was fresh and he’s got a bit of a liking for The Valley. He’s had two starts for a win and a second, so hopefully he can get the race run to suit,” Ryan said. “And if he gets the right run in transit, he’s a chance.

“He’s best ridden with a sit, he’s got a great turn of foot and he seems to really bounce off the camber. It’s a throw at the stumps and it’s a very strong Group 1, but I couldn’t be happier with the horse.”

Jockey Rhys McLeod has four Group 1 wins to his name but is yet to notch one in Melbourne. His last Group 1 win was aboard Ethiopia in the 2012 Australian Derby at Randwick and Ryan has seen a commitment from McLeod this spring.

“He rode at 56 [kilos] at Horsham on Sunday and it’s the fittest he has been for a long time,” Ryan said. “It would be very rewarding for him.”