Emirates Park co-owned shuttle stallion Dream Ahead (USA) is proving to be the premier sire of open-age sprinters in Britain and Ireland at the minute following a notable brace of Group 1 victories over the space of two weekends.

The first Saturday of September witnessed Dream of Dreams post his maiden success at the highest level when claiming the time honoured Group 1 Haydock Sprint Cup — a race won by his own sire Dream Ahead and his sire Diktat before him, not to mention the likes of breed-shapers Invincible Spirit, Danehill and Green Desert.

Kept in training to race as a 4-year-old this GB/Ire flat racing season, Glass Slippers recorded her second Group 1 victory last Sunday when claiming the Derrinstown Stud Flying Five Stakes over five furlongs at The Curragh on the second day of the Longines Irish Champions Weekend.

One of the fastest fillies seen racing in northern hemisphere in recent times, Glass Slippers had finished second behind the near-unbeatable Battaash at her previous outing and has now claimed two of the most coveted ‘five-furlong’ Group 1 events on the European racing calendar. 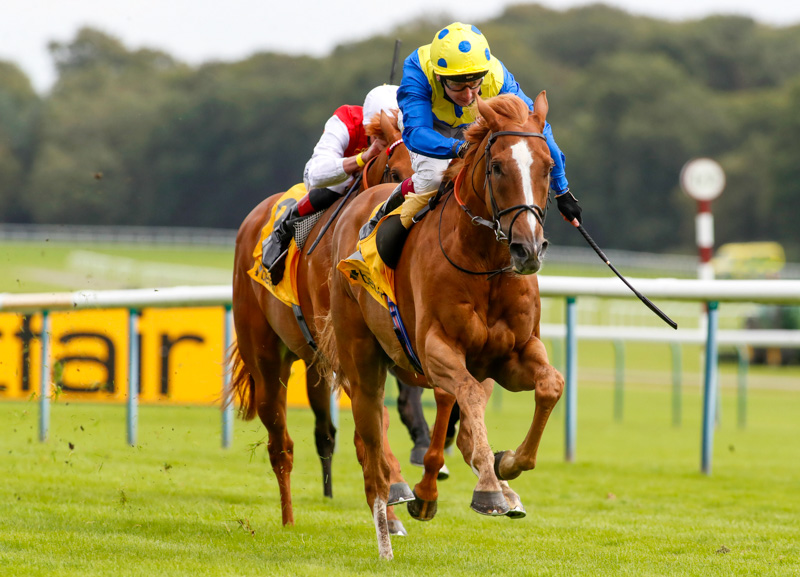 Though Dream Ahead hasn't stood a southern hemisphere breeding season since 2018, the developments have been closely monitored by Emirates Park CEO Bryan Carlson. Heavily involved when the five-time Group 1 winner was secured for local stud duties back in 2011, he firmly believes that the success the stallion is now enjoying overseas could easily have been replicated here if not for a few near misses.

“Dream Ahead has possibly been a shade unlucky with his runners down here,” states Carlson. “We raced Shumookh, a dual Group 2 winner that defeated a host of Group 1 winners such as Invincibella, Prompt Response, Dixie Blossoms, Daysee Doom and Booker in landing her two feature race successes.

“In addition to Shumookh, Dream Ahead also sired the 2YO and/or 3YO stakes winners Dreams Aplenty, Ken’s Dream, Generalissimo, Sensei, Renewal and Awaken is his first couple of Australian-bred crops to race, and his oldest progeny are still only recently turned 7-year-olds.”

Carlson reports that Emirates Park still have untapped Dream Ahead youngsters in training with the likes of Peter & Paul Snowden, Gai Waterhouse & Adrian Bott, Tony Golan and Simon Miller (in Perth) showing promise, and have left their options open about the stallion returning to Australia for future breeding seasons.

In the meantime, Dream Ahead continues to be very much the flavour of the month in Europe, or the flavour of two months to be completely accurate. His Group 1 sprint race double has followed closely on the heels of the Tattersalls Online August Sale in which his 5-year-old daughter Sweety Dream fetched £330,000 as a broodmare prospect. Ex