Saturday’s Golden Rose meeting is scheduled for Rosehill depending on continuing Covid procedures for the area with acceptances for the $1m feature for three-year-old’s over 1400m to be taken on Tuesday.

The fillies and mares feature is the $400,000, Group 2 Golden Pendant (1400m) with 13 nominated on Monday including the first four home in the Group 2 Sheraco Stakes over 1200m at Kembla Grange on September 11th.

The Jamie Richards trained Entriviere (NZ) under James McDonald won the Sheraco Stakes in the five-year-old Tavistock mare’s first start of the spring with a comfortable 1 1/4L margin. John Thompson’s five-year-old Deep Field mare was second under Rachel King after closing from being 11th at the 400m.

Les Bridge has nominated the Group 3 Tibbie Stakes winner Madam Legend. The five-year-old I Am Invincible mare won the Group 3 over 1400m at Newcastle on September 17th to frank her good form since June. Bridge has sent her out four times for three wins and a third taking her career stats to seven wins from 17 starts and in excess of $400,000 in earnings.

A track rating was not available on Monday morning. 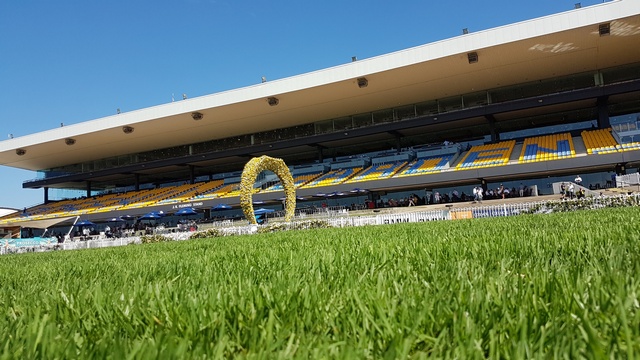 Rosehill back in the spotlight with the Golden Rose meeting, picture ThoroughbredNEWS