English-bred 3YO scores at Australian debut 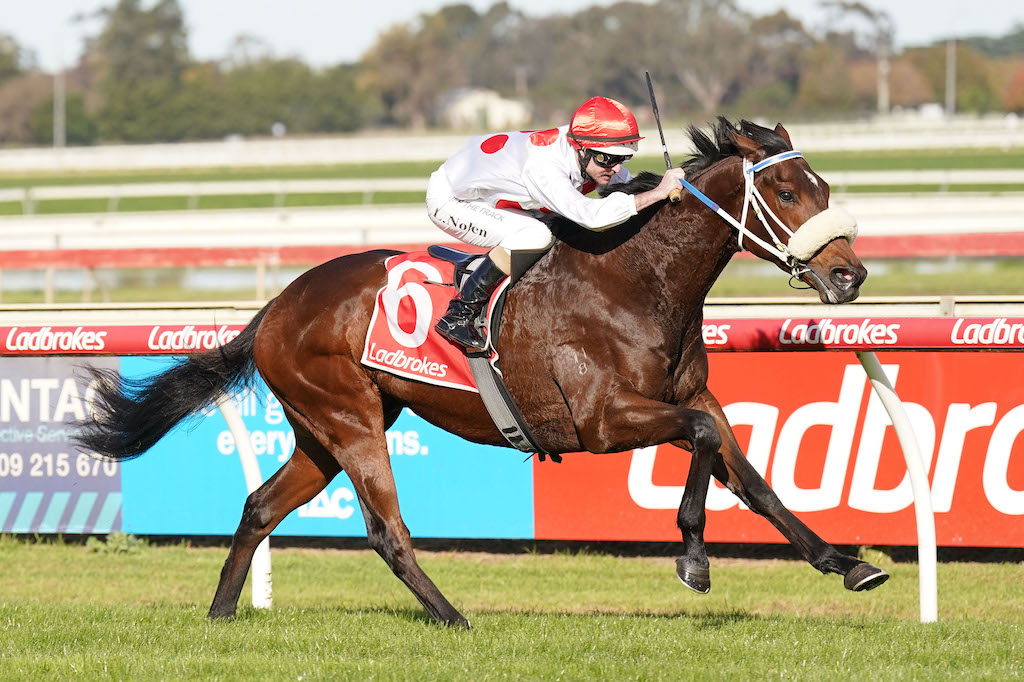 In 2016 Moody purchased five youngsters from the Tattersall’s Foal Sale and reared them in New Zealand before they started their careers with David Brideoake and Peter Stokes, with success.

Insulation (GB) is one of Moody’s latest purchases and like his former buys, was bought as a foal.

Moody didn’t take long in gelding Insulation (GB), saying he was brought to Australia to be a racehorse and with a strong staying pedigree will only get better as the distances increase.

“I think his next run would be every bit of 2000 metres, probably plus, and then go through the grades,” Moody told racing.com.

“We had hoped to get him up earlier with a view of doing a Russian Camelot type of thing where he maybe could have got to South Australia or Queensland (Derby’s) but that’s all too late for him now. Maybe we can now go and pick off a (benchmark) 64 over a mile-and-a-quarter then put him away until the backend of the spring.

“It was a good win. He didn’t know much about it in the last furlong, but he flattened out and it took every bit of the 1700 metres for him to hit his gears.”

The victory was the second leg of a double for Moody and Nolen who earlier scored in the Welcome Finn Parker Evans Plate (1000m) with Winning Revolution. The $2.35 favourite fought bravely to hold off Eros ($2.45) to win by a short-head.

“At the 200-metre mark there you couldn’t put enough on the second horse, but he knuckled down really well, and he had a dip,” Moody said. “That will take him a long way in life.”