When Matthew Dunn made the decision to base himself in Sydney, he knew he had to raise the bar to survive in one of the sport’s most competitive environments. Part of his strategy involved increasing his budget at the major yearling sales and one of his first targets was an I Am Invincible colt out of Jolie Bay, which he secured for $460,000 last Easter. 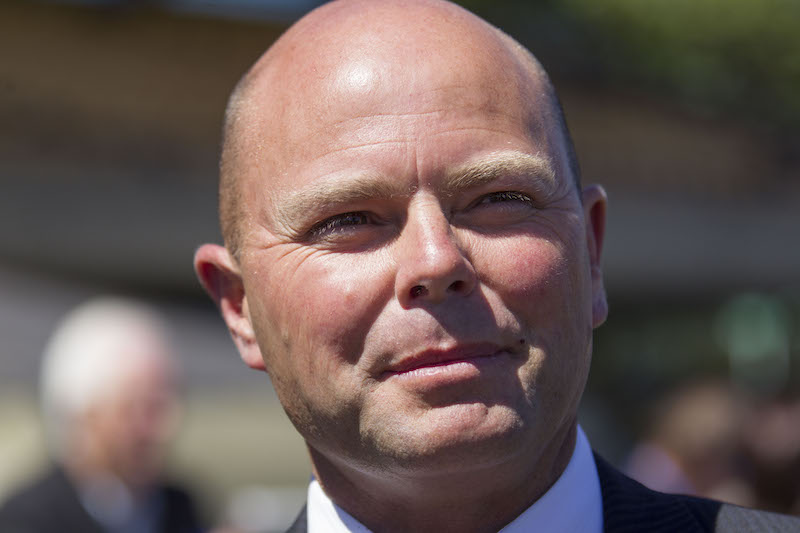 Dunn raised the bar with his purchase of Emperor, picture sportpix.com.au

Now racing as Emperor, the youngster made an encouraging debut when third to Sejardan in the Breeders’ Plate in October and he begins his latest preparation in Saturday’s Heineken 3 Handicap (1000m) at Randwick.

Dunn has lofty ambitions for the colt, who he hopes can race his way into the Golden Slipper, via the rich Inglis Millennium.

“It’s the most money we have ever spent on a yearling,” Dunn said on Sydney’s Sky Sports radio. “We committed last year to buying a couple of more expensive yearlings. Since we set up the Sydney stable, if we want to match it with the bigger trainers, we need some good stock to achieve the results we need.

“He’s got all the talent in the world and the form around him is probably the benchmark form going into the better two-year-old races this season. He’s a nice colt in the making. Hopefully he can be the horse to take us where we want to go.”

Emperor will be ridden by Nash Rawiller and has drawn the second outside gate in the field of 14. He showed Dunn he was on track for a bold showing with a strong trackwork gallop alongside stablemate Subterranean on Tuesday.

A Group Three winner at two, Subterranean also resumes at Randwick where he will have his first run as a gelding. He is being aimed towards the Randwick and Rosehill Guineas and Dunn see’s Saturday’s Petaluma Handicap (1100m) as an ideal starting point.

“A couple of his later runs last prep, jockeys suggested maybe he wasn’t concentrating as well as he should, so we fixed that,” Dunn said. “He will go from here and go onto races like the Eskimo Prince and Hobartville (Stakes), maybe the Randwick Guineas depending on how well he comes up.”