Trainer Danny O’Brien holds high hopes for Embolism after the three-year-old scored a debut win in the $50,000 Vale Subzero Maiden (1300m) at Bendigo on Wednesday.

Bendigo is known in Victorian circles at the ‘Nursery of Champions’ and Embolism showed the ability of a horse that will go on to bigger and better things.

The O’Brien-trained Miami Bound broke her maiden status at Bendigo last year before going on to capture the Group 1 VRC Oaks at Flemington later in the spring, while the track has seen a number of Group 1 winners also land their maiden victories. 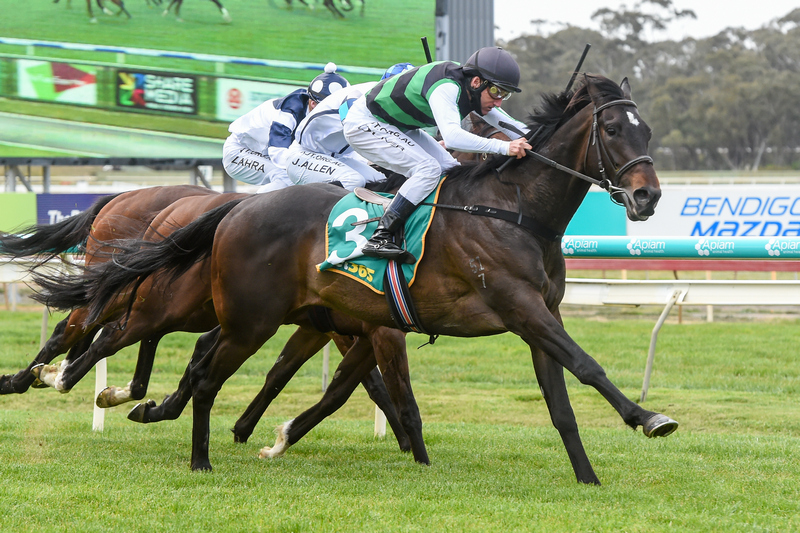 A son of the O’Brien-trained Cox Plate and Australian Guineas winner Shamus Award, Embolism is not among entries for the feature spring races, but O’Brien is not discounting the three-year-old being a spring player.

“I had a chat to (owner) Sean Buckley this morning and I said he was effectively in a Listed race for his first run,” O’Brien told racing.com.

“He’s a colt that we’ve always had a nice opinion of and we did quite a bit with him as a two-year-old without racing him and he’s come to the races off the one trial today with good improvement to come.

“He’s shown us there’s good races in him.”

Under the guidance of Damien Oliver, Embolism ($10) raced to a three-quarter length win from the $5.50 equal favourite Pal D’Oro with fellow equal favourite Captain Spud a half-length away third.

While Embolism may be missing from feature race nominations, O’Brien said the three-year-old stacks up, talent wise, to Flying Award who resumed with a close second in the Group 3 McNeil Stakes at Caulfield last Saturday.

“He wouldn’t be far off him in talent albeit Flying Award has already had that autumn preparation as a two-year-old and has got more experience,” O’Brien said.

“I think the early features like the Caulfield Guineas would be a bit soon for him, but there’s plenty of other races like the Carbine Club, The Vase at The Valley or the Sandown Guineas.

“It would be nice to think that he could make his way to a good race before the end of the spring.”