Plans for Looks Like Elvis’ assault on this weekend’s Listed Civic Stakes were going swimmingly — until the barrier draw. The gelding has been handed the outside gate in the 14-horse field and from that alley, trainer Jarrod Austin concedes he will need a few favours to remain unbeaten this campaign.

“He had had a really faultless preparation until the barrier draw,” Austin said. “I’m hoping there is enough speed in the race to let him run on. It looks like we are going to get a good surface for him, so I’m really pleased with that.” 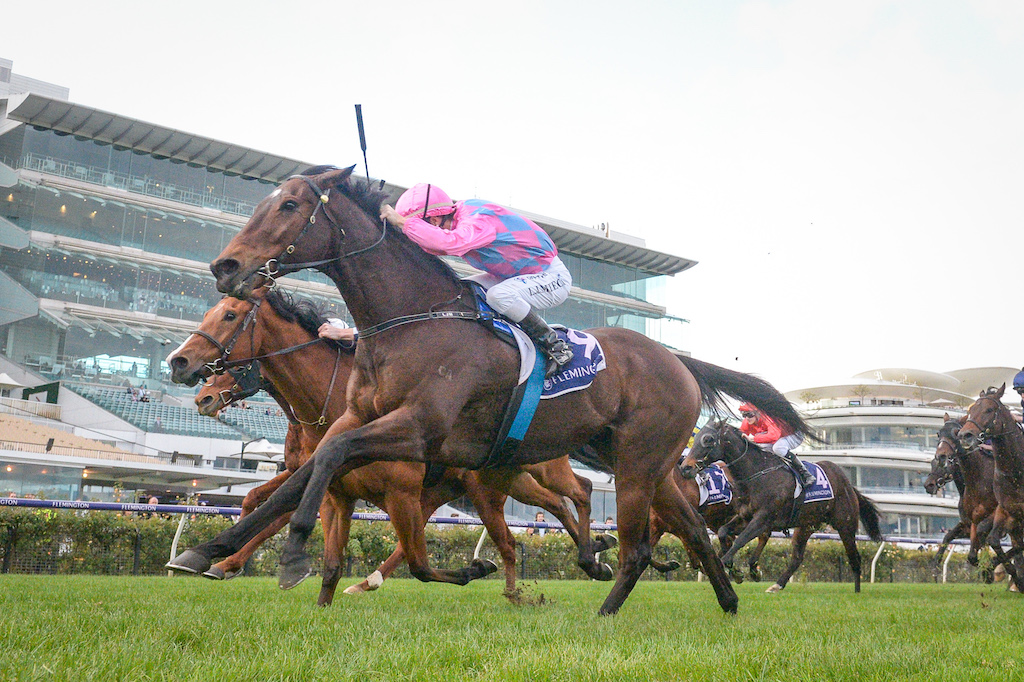 Looks Like Elvis was a good last-start winner at Flemington, picture Racing Photos

With 10 wins and 19 placings from 55 starts, Looks Like Elvis has been a marvel for his owners.

The seven-year-old showed he had returned to work as good as ever with a barnstorming first-up win over 1400m at Flemington, just the second time he has won first-up in nine attempts. It is a performance that augurs well for the rest of his campaign and Austin reports the horse has continued to thrive since returning to Sydney.

“We had a plan to get him up to Brisbane for the carnival but with the wet tracks we just missed the boat,” Austin said.

“He is in a really good place at the moment. He’s a horse that loves his work and he has settled into a nice routine here. It ticks a lot of boxes here Saturday, so hopefully we get that bit of luck from back in the field and he’s hitting the line hard.”

Austin will also saddle-up Nikohli Beagle in the Midway Handicap (1100m) and is bullish about his chances at his first start since February. The gelding has an outstanding fresh record, will carry 57kg after the claim of apprentice Ellen Hennessy and like his stablemate, enjoys firm ground.

“His trial was really good and he’s only had the one serious gallop since then and it was quite sharp as well. He’s ready to go on Saturday,” Austin remarked.