Trainers Gerald Ryan & Sterling Alexiou have gone back to basics with Ellsberg, removing all his gear in the hope it will give him an opportunity to show another string to his bow. The four-year-old will resume in a Benchmark race at Rosehill on Saturday in what will be his first step on the road to the $7.5 million Golden Eagle (1400m) on October 30.

Ellsberg has won three of his nine starts, highlighted by his victory in the Listed South Pacific Classic, while he has also notched Group placings in the Spring Stakes at Newcastle and Gunsynd Classic during the Brisbane winter carnival. But the horse has been pigeon-holed as a leader and Ryan believes he isn’t one-dimensional. 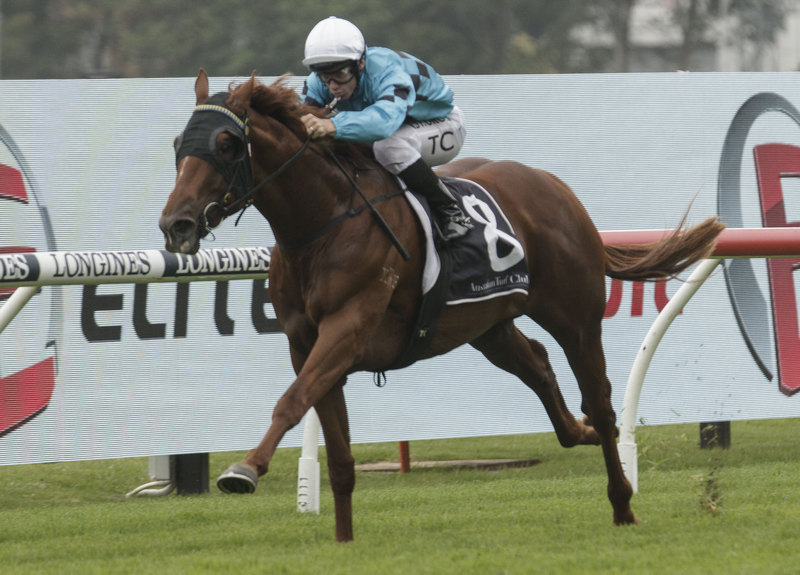 It's a case of back to basics with Ellesberg, picture sportpix.com.au

Ryan has taken the blinkers and bubble-cheekers off Ellsberg for his return on Saturday and is keen to see the entire settle off the pace from an outside draw.

“We’re going to take all the gear off him and ride him off the speed and see if that works with him,” Ryan said.

“He’s been stereotyped as being a leader, but the couple of times we’ve ridden him back in the field [in trials] he’s been terrific. We just want to try him off the speed because he’s left a sitting duck all the time.”

Connections selected the Benchmark race as a kick-off point for Ellsberg because it fitted best with the remainder of his campaign. He will go second-up into the Silver Eagle (1300m) at Randwick on October 9 and then tackle the Golden Eagle three weeks later.

Nash Rawiller, who took riding honours at Randwick last weekend with four winners, will reunite with Ellsberg for the first time in almost a year.

“Nash rode him early and won his maiden on him, and hasn’t been able to ride him since. He was either suspended or hurt or couldn’t make the weight,” Ryan said.

“The horse has come back terrific and his two trials have been good.”