The son of Shocking ran third behind Sierra Sue (NZ) in the Group 1 feature and is now set to have one final Melbourne hit-out before heading north to Sydney for the A$7.5 million Golden Eagle (1500m) at Rosehill on October 30th.

“He has pulled up good, he got pinballed a bit on the day but he ran super and he will train on for the Toorak (Gr.1, 1600m) which is three weeks and then three weeks into the Golden Eagle, so it’s a good program for him,” Price told Racing.com.

“The question is, is he a Group 1 handicapping horse at this stage, and I think he is, and I think the mile will be good for him too.

“There is the Epsom in two weeks but you sort of have to train them on the phone don’t you, so I think if you keep him at Caulfield, he goes good at Caulfield, and you have a bit of joy in running and hopefully he gets a run now and he can hopefully win a Toorak and onto a Golden Eagle.”

I’m Thunderstruck was initially prepared in New Zealand by Matamata trainer Daniel Miller for whom he won his 1000m trial at Te Aroha in June last year before being sold privately to OTI through bloodstock agent Phill Cataldo. 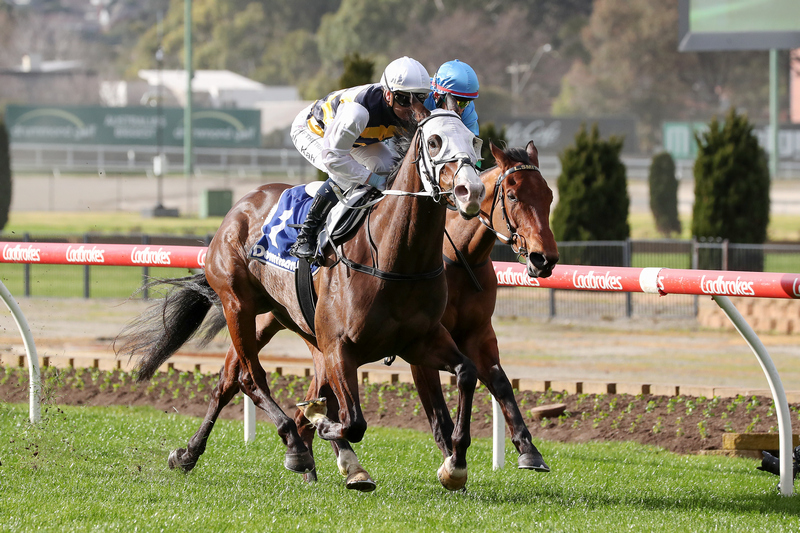