Consistent rain and sodden tracks have worked against the preparation for Kir Royale and Chris Waller’s decision to switch her to Melbourne has delivered a positive return.

Kir Royale ($9.50) notched an impressive win in the Sofitel Melbourne On Collins Handicap (1400m) with the filly by I Am Invincible gapping her rivals down the Flemington straight and even allowing jockey Brett Prebble to ease her down towards the line.

The eventual 1¼-length winning margin didn't do her dominance justice.

“She’s obviously a lovely filly but she held an entry for Sydney today as well,” stable representative Jo Taylor said. “She was drawn terribly (there) and just keeps running into heavy tracks the further north they go so we were fortunate enough to get her down here.

“We got a lovely track at Flemington today and she showed she’s got some class.”

Kir Royale overraced at Eagle Farm when first-up on 30 April, finishing outside of the placings in a quality handicap over 1300 metres.Under Brett Prebble’s urging, the filly put pay to her rivals at least 400 metres from the line.

“She was pretty impressive,” Prebble said. “Going to the barriers she gave me a really lovely feel. She just glided over the ground (and) really sensible like she’d been here ten times.

“I probably would’ve liked to come back half-a-second but she was comfortable where she was. From the 750 metres to the 550, I thought they’d want to make a move soon because I had a lot of horse left and when I let her go, she was airborne.” 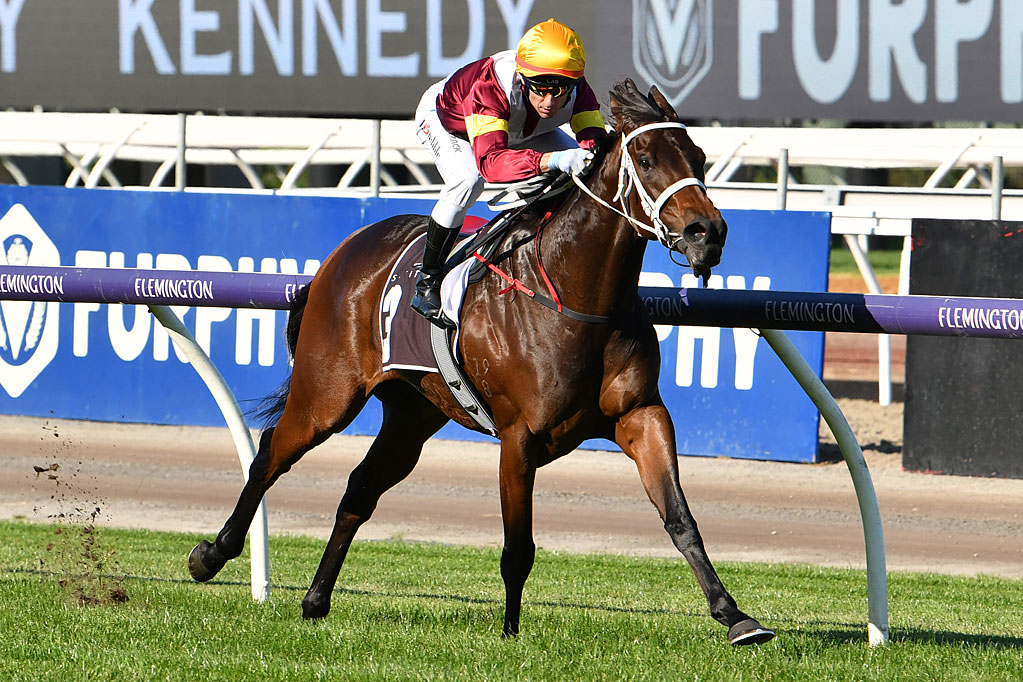