Doull too classy in Flemington debut

Doull has given a glimpse of his class with a strong debut win in the $130,000, Next Generation Sprinters Series Heat 1 (1100m) at Flemington on Saturday becoming the latest two-year-old named after a famous former AFL footballer to score a victory on a Victorian racecourse.

Bruce Doull was a premiership winning footballer with Carlton in the VFL during the 1970's and 80's and joins Brereton, Hafey, and Millane as winners for the Victorian Alliance while another of their two-year-olds Quinlan has not been seen since his debut last spring.

The Victorian Alliance, of which Rosemont Stud is a major player, has high hopes that their purchases at yearling sales in recent years will not only provide quality on the racetrack but also later at stud.

Anthony Mithen, who runs Rosemont Stud, said they wanted to have some fun naming the youngsters.

"We wanted to have it Victorian themed, so we were sitting around the office one day and everyone in our office loves AFL footy, so we thought we'd name it after great Victorian footballers," Mithen said.

With Melbourne's leading jockey Jye Mcneil aboard Sniztel colt Doull, the $2.20 favourite, scored a comfortable 2-¾ length win from Magnaspin ($12) with Nothing Silly ($11) a length away third.

Steve Adams, deputising for the Anthony and Sam Freedman stable, said Doull would likely be spelled to prepare for the feature spring three-year-old sprints.

"He'll probably go out for a month now, he's had a good look at the straight now so hopefully in the Spring there's a good race for him," Adams said.

"I liked the way he really quickened when he asked him to go.

"He looked like he got a bit lost late, first time down the straight obviously, but it looks like he's got a nice action and he's a nice horse going forward."

McNeil said it was not his intention to lead on the two-year-old, adding the colt raced a bit fresh.

"I just went with him and I felt as though, at that point of the race, the best thing to do down the straight for the first time was give him the rail to follow," McNeil said.

"Once he got down there, he acquitted himself really well and we saw his class." 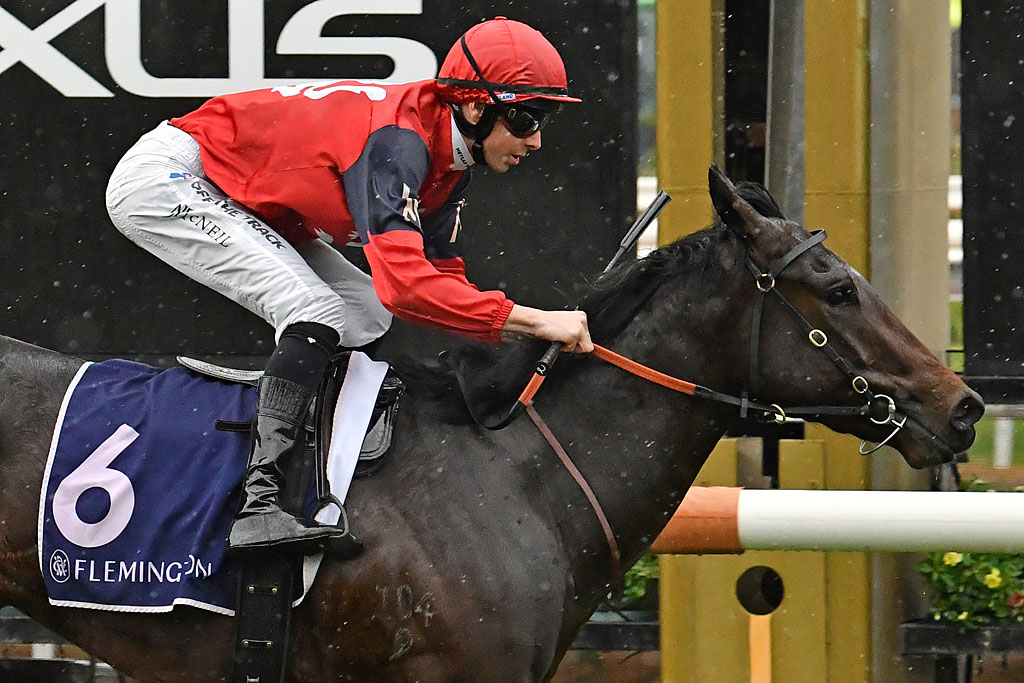