Double dose of bad news for Price and Kent Jr

Mick Price & Michael Kent Jnr will wait and see whether I’m Thunderstruck (NZ) will take his place at Caulfield on Saturday. Currently the emergency acceptor in the Group 1 Sir Rupert Clarke Stakes (1400m), the training partners were dealt a double whammy when the lightly-raced 4-year-old drew the extreme outside barrier. 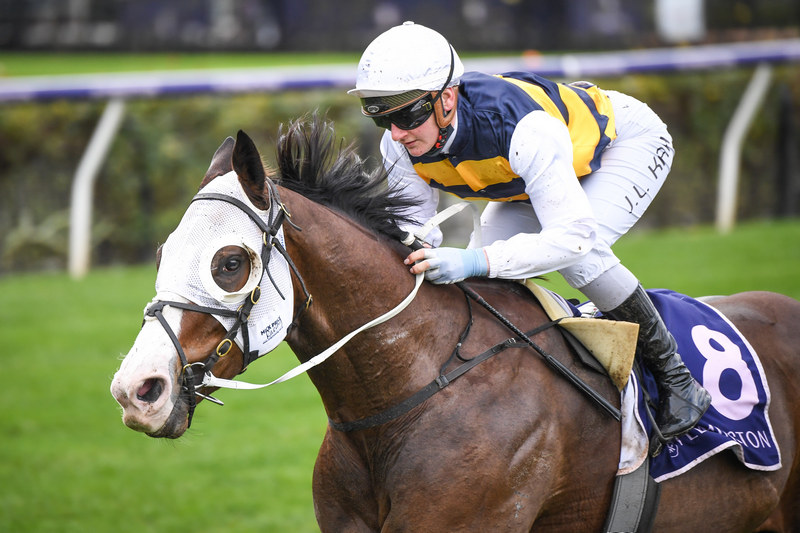 I’m Thunderstruck could bypass Saturday whether he gets a run or not, picture Racing Photos

While keen to run over the 1400m journey, Kent Jr said it was something he and Price needed to discuss with the ownership group as barrier 16, in any race let alone a Group 1, was not a good draw.

“The horse is going super, and we’d hoped for a better barrier draw as well, but it’s a bit of a moot point at the moment,” Kent Jr said. “If we get a run, we’ll discuss it with the owners what we do, but it’s probably a better draw for him than barrier one.

“He’s a big striding horse that will appreciate a bit of clear space, but barrier 16 in any race, is not a great barrier. We’ll see what happens. It’s no use worrying about. We’ll make up our mind if we get a run.”

Kent Jr said if I’m Thunderstruck, currently an $8 chance with TAB in betting, did bypass Saturday’s race, the Listed Testa Rossa Stakes (1300m) at Sandown on Saturday week would be the gelding’s next assignment.

“His jump-out was exceptional last week and we thought as the horse is going so well, we’d have a shot at the race,” Kent Jr said.

“We think he will get to that good level in time, but there’s plenty of other races there and we’re still keen to get to the Golden Eagle.

“But who knows. There’s a bit of rain coming Friday night which may change things.”

I’m Thunderstruck has won four of his six races to date and has not been seen since winning at The Valley over 1514m in July.