The highly anticipated return of Dolkong will happen this week as the chestnut will step out in the Busan Mayor’s Cup over 1800m at Busan Racecourse on Sunday afternoon.

Dolkong put South Korea racing on the map earlier this year when he won the Listed Curlin Handicap (International) over 2000m at Meydan. The Afleet Alex gelding had a total of four runs in Dubai yielding a listed win; two thirds and a well-beaten eleventh in the Dubai World Cup.

The now five-year-old also ran second and fourth in the Korea Cup and Grand Prix respectively before heading to the Emirates.

Dolkong will be thrown straight into the metaphoric deep end upon resuming, having to face the likes of Cheongdam Dokki, New Legend, Moonhak Chief and the progressive World Day.

Bae Dae-Sun has engaged the services of French jockey Johan Victoire to pilot Dolkong at his first start back, when the field of fourteen will carry equal weights.

Victoire has been track working the stayer in the lead-up to this preparation and is confident of a promising return as he tackles the feature in Busan this weekend. 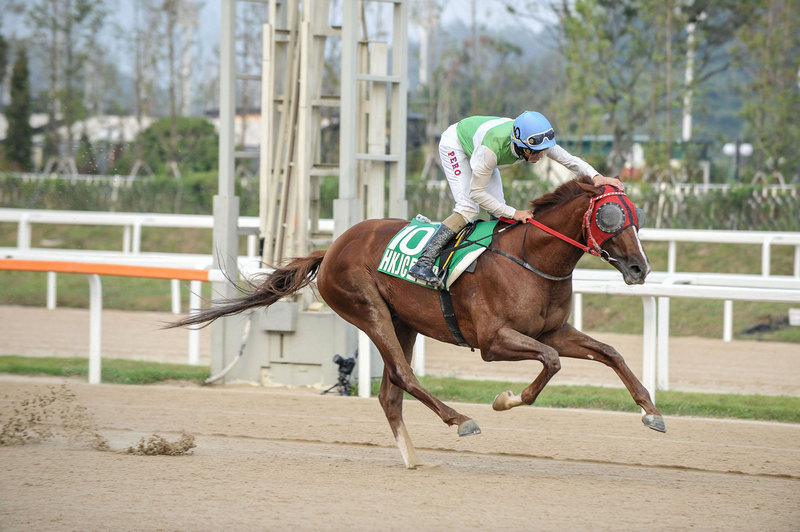 Dolkong won a trial last Friday after settling well back and cruising home down the outside for a soft win.

“He finished the trial off nicely, he needed to find his rhythm because that was his first jump out since Dubai but the last two-hundred metres was nice and easy for him,” Victoire said.

“I am confident going into the race because the horse took improvement from the trial, he feels good and his fitness is getting better every day so that’s a good sign.”

Whilst Victoire is confident the horse’s fitness is good, the Frenchman is more concerned about the five-year-old finding his feet and getting into a rhythm in the feature.

Victoire also believes the track conditions may affect the outcome of the race, with the South of Korea having significant rainfall this week with further rain expected on Saturday and Sunday.

“My concern is not really about his fitness but more about him finding his rhythm in the race because he has not had a run since Dubai,” Victoire said.

“With the wet track conditions, I have no choice but to ask him for an effort early if I want to sit midfield to stay in touch of the main chances during the race.”

Korean racing fans will also be keeping a close eye on crowd favourite Cheongdam Dokki, who won this race last year but failed to impress in the YTN Cup last start in May.

The five-year-old looked to be under pressure from the 600m pole and was once paced when finishing fifth behind Moonhak Chief who will also line up in the feature on Sunday.

Connections have elected to put Kim Yong-Geun on Cheongdam Dokki for the feature, replacing Antonio Da Silva who has been aboard the galloper at his past three starts.

There is ample consolation for Da Silva, however, as with Moon Se Young suspended, he gets the call on Moonhak Chief.

World Day will have his first attempt at this level after winning nine races from eleven starts and will be partnered by You Hyun-myung.
Iaonnis Polluis will be legged aboard New Legend replacing Seo Seung-Un who will ride Champ Line.

The fifteenth running of the Busan Mayor’s Cup will get underway at 4:20 PM Korean local time on Sunday.