It is safe to say that 2022 has already been one of the biggest years of Robbie Dolan’s life. He has landed his second Group 1 win aboard cult hero Shelby Sixtysix in The Galaxy, celebrated the arrival of his first child, and wowed Australia with his incredible vocal performances on The Voice.

Unsurprisingly, the jockey recently took a brief break from riding to stop and breathe.

“There have been so many things going on at the one time,” Dolan said. “We had a baby, and then The Voice came around, the big races. It was just crazy.” 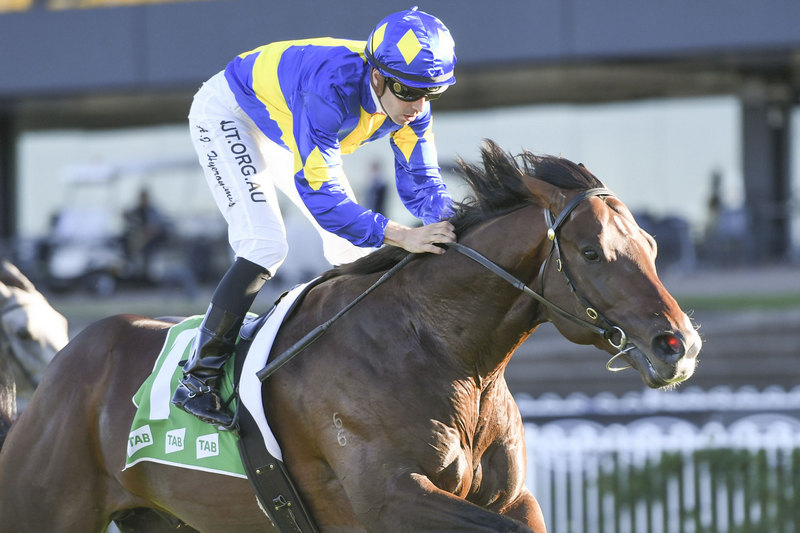 Dawn Passage in the Civic Stakes is the standout Dolan ride of the day, picture sportpix.com.au

A refreshed Dolan will be back in action at Randwick on Saturday for six rides, led by the Gai Waterhouse and Adrian Bott-trained Dawn Passage in the Listed Civic Stakes (1400m).

The gelding turned in his best run for some time when a close third to Emerald Kingdom in The Archer at Rockhampton, then was never in the hunt when he got back from a wide gate in the BRC Sprint at Eagle Farm.

“The horse was brilliant in The Archer and last time, I’d say the track was favouring on-speed and he got back from barrier 16,” Dolan said. “There’s no reason why he can’t bounce back and Gai and Adrian’s horses are flying.

“It’s a pretty open race and he probably has the most ability of any horse in the race. He just has to find his form again and find his confidence again.”

Dolan’s mounts also include the Rodney Bailey-trained Finney in the Stayer’s Cup (2600m) and while the horse is the outsider of the small field, he is coming off a second to Funambulist, who is on the third line of betting for Saturday’s race at $6.

While Dolan concedes Finney needs to produce a career-best performance to win, he says the reports from the stable have been upbeat.

“He’s going to really have to up his game to be competitive in this field. It is probably the best field he has ever run in,” Dolan said. “But Rodney said the horse is going really well and he’s down in the weights as well.”

Dolan has not ridden at a metropolitan meeting since partnering Gin Martini in the Queensland Oaks on June 4 and he is eager to get back riding winners. But he is also continuing to pursue music.

Dolan will be performing at The Factory Floor in Marrickville on July 20 and in the short-term at least, is hoping to balance his dual passions.