The thirteenth running of the Gyeonggi Governor’s Cup takes place this Sunday at Seoul with the majority of the field emerging from the Korean Oaks.

The Oaks’ winner Deep Mind is likely to start favourite as this year’s crop of three-year-olds step up to 2000m for the first time.

Whilst nine of the runners come out of the Oaks, the feature will have an element of X-factor in the form of a Captain Coltish filly named Dia Road.

The Song Moon-Gil trained filly has had just three starts to date, winning them all including a dominant eight length win over the 1700m last time out in Class Four company.

Dia Road did everything right in her most recent start, hugging the rail as she came into the straight before lengthening stride.

Leading rider Kim Yong-Geun has been aboard the three-year-old at all three of her starts and will partner her in the feature.

The athletic filly is the well developed for her age, weighing in at 528kg at her most recent start.

When speaking to KRBC Media on Thursday, Kim Yong-Geun referred to the size of other progeny by Captain Coltish and how they have performed well early in their careers.

"She's a really big filly - well over 500kg, but that's the same as few other colts and filles by Captain Coltish” Kim Yong-Geun said.

“The King (also by Captain Coltish), well he's raced ten times and only been outside the first two once.” 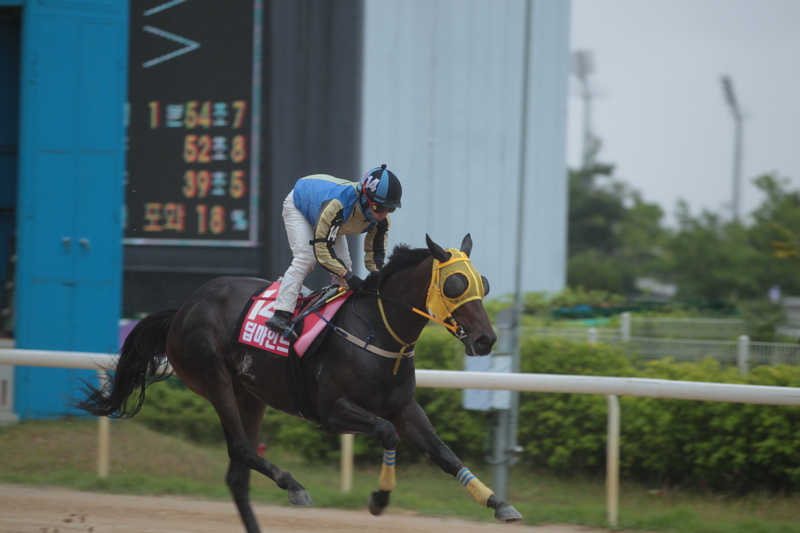 Kim Yong-Geun stated that he is flexible with his tactics going into the race, emphasizing that he does not have to lead in the race.

“Deep Mind’s style is a front runner and if you look at my filly, she’s the same so yes there is potential for a clash,” Kim Yong-Geun said.

“Deep Mind is gate five and we are gate seven but it doesn’t mean that I will be going all out to get to the front, the race is 2000m and I don’t need to do that.”

The Busan-based Deep Mind has had to travel North to Seoul to line up in the feature.

The daughter of the recently passed Menifee will jump from an ideal gate and looks hard to beat.

Seo Seung-Un had his first ride on Deep Mind in the Oaks and will be legged aboard the Busan-based galloper once again on Sunday.

There has been a recent spate of feature winners failing at their next start, especially in the colts division suggesting it will be a big feat if Deep Mind can do the double.

Miss Fact who finished third in the Korean Oaks may be benefited if the field sets a quick tempo in the Governor’s Gyeonggi Cup.

The filly produced a brilliant sectional in the Oaks to come from fifteenth at the 600m pole to finish next to Heung Buja who ran second.
Kim Hye-Sun will replace Jung Do Hyun on the Officer three-year-old stating that she has not always been trained as a back marker.

“At her first couple of starts she was a front runner but then she got her first win by coming from behind, and since then that’s how she’s raced,” Kim Hye-Sun said.

Connections have been mindful that Miss Fact is a sensitive filly when making the trip to Seoul, with this assignment the first time she has travelled away from Busan.

“Miss Fact is a very sensitive filly and this is her first time away from Busan so we have been very careful to make everything as familiar as possible and not change her routine,” Kim Hye-Sun stated.

“Her build up has been the same as the Oaks, it’s 2000m for the first time but I’m confident she’ll run well.”

The Gyeonggi Governor’s Cup is Race Nine on Sundays Seoul program and is set to get underway at 4:45 Korean local time.