Death of sire Not A Single Doubt

Arrowfield Stud advised on Monday that Not A Single Doubt was euthanised on Monday morning due to complications due to a progressive lung disease.

Retired from stud duties due to the progressive lung disease in January 2020, the 21 year-old stallion remained in the professional and loving care of Arrowfield’s stallion & veterinary teams. During the past few days his condition had steadily deteriorated and he was euthanised on Monday morning.

Arrowfield’s Chairman John Messara says, “Not A Single Doubt was a very special friend to everyone at Arrowfield, and a wonderful flag-bearer for us and for his sire Redoute’s Choice.

“He carved out an exceptional stud career on sheer merit and we are incredibly proud of him, and everything he has contributed to the Australian thoroughbred industry.”

“I’m grateful to Ron Finemore who led his original ownership group and always believed in Not A Single Doubt, to all the breeders who supported him, and to the buyers, owners & trainers who backed his progeny, especially in those critical early years.

“And thank you to our stallion and veterinary staff for their devoted care of Not A Single Doubt, particularly since his retirement.”

The compact bay son of Redoute’s Choice and Singles Bar (by Rory’s Jester) was bred in 2001 by Arrowfield & John Leaver. He was offered at the 2003 Magic Millions Gold Coast Sale where trainer Graeme Rogerson signed for him at $210,000. 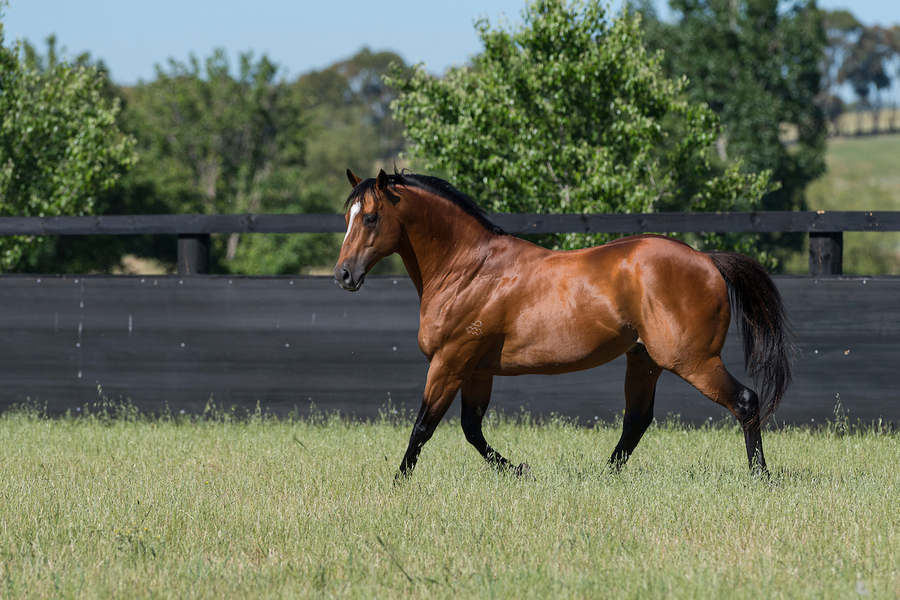 Arrowfield remained in his ownership to race him, and it was not long before Not A Single Doubt’s signature short-course speed was evident. He won his debut by 5 lengths at Rosehill in November 2003, followed quickly by success at Wyong and at Randwick on 20 December when he won the Canonbury S. LR and became Redoute’s Choice’s first stakeswinner.

Not A Single Doubt returned at three to add the Zeditave S. LR to his record before retiring to stud in 2005 at $12,500. That fee applied for six seasons while he steadily compiled plenty of winners, stakes performers and admiration for the natural speed, versatility and generosity of his progeny.

His first stakeswinners, Doubtful Jack from the Peter Moody stable, and the Gai Waterhouse-trained Squamosa appeared in the winter of 2010, quickly followed by the Magic Millions 2YO Classic winner Karuta Queen. Like champagne flowing from an uncorked bottle, the stakeswinners have kept coming ever since.

Not A Single Doubt has been a fixture among Australia’s leading sires over the past decade and compiled a notable series of achievements in 2015/16 when he was the nation’s leading stallion by worldwide earnings after heading the 3YO Sires’ table, and finishing second on the General Premiership and third on the 2YO Sires’ list.

Given the quality of mares he served at the end of his career and the $544,000 average price paid for his final two yearling crops, Not A Single Doubt has plenty more to add to that record. His sire son Extreme Choice and stakes-producing daughters are already taking care of the next generation.

As John Messara says, “Not A Single Doubt leaves absolutely no doubts behind him, only gratitude, admiration and respect.”